Microsoft hasn’t shared any information about what features Windows Phone 8 users can expect when the company ships the GDR3 update for Windows Phone users, but that isn’t stopping enthusiasts from detailing the changes with leaks of the Bittersweet Shimmer update coming to Nokia users at the same time as the Windows Phone GDR3.

Posts in a private Facebook user group attributed to a user named Nawzil and reports from WPCentral indicate that the next minor update to Windows Phone will include a few noticeable improvements from the version that ships on devices today. Allegedly, the update includes the option for users to attach office files and PDFs to emails for the first time. Users will also get the option to set custom tones for instant messages, voicemail emails and reminders. Today, Windows Phone 8 users can only customize their ringtone. Finally, the update will add the option for users to close applications from the multitasking menu. 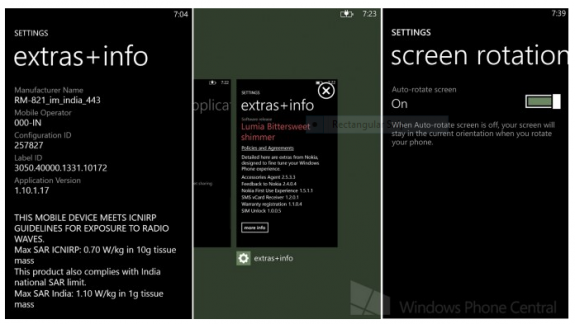 Allegedly, these new options will join the features that earlier leaks detailed. That includes support for new high-definition displays like the one on the upcoming Lumia 1520 and support for newer, faster processors. A new Driving Mode is expected to allow users to respond to calls with text messages when they’re in the car, and a new screen lock option will allow Windows Phone users to finally lock their display in one orientation. It’s the leaker’s assertion that users of older devices will also get the extra row of Live Tiles previously thought to be exclusively for devices with large displays too.

Just as it did with the Nokia Amber Update, Nokia’s Bittersweet Shimmer update will include some new features exclusively for Nokia Lumia users. These new features include the ability to customize the notifications shown on the device’s screen when it’s locked and two new apps for capturing and displaying photos and video.

Even though all users won’t get access to Bittersweet Shimmer’s features, it still seems like Windows Phone GDR3 might be a pretty big update for users hoping to get more interesting Windows Phones. The Lumia 1520 that Nokia is expected to showcase at its October 22nd event has a large 1080p display and beefier quad-core processor. Both of those things aren’t possible with Windows Phone 8 GDR2.