Windows Phone May Have 200,000 Apps, But Microsoft Still Has a Lot More Work to Do

Sure, Windows Phone may be able to boast that its catalog now exceeds 200,000 apps and include big titles like Netflix, Instagram, Facebook, and Twitter, but Microsoft still has a lot more work to do to keep the platform competitive, at least at the content level.

Currently, the Windows Phone Store–the official and only way to get apps onto a Windows Phone smartphone–gives users access to only apps and music. 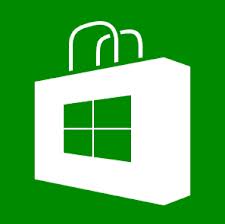 However, where the storefront for Microsoft’s mobile platform is lacking is in other digital content, such as videos, TV shows, movies, books, and magazines.

These content are offered similarly on Google’s Play Store, Apple’s iOS App Store and iTunes Store, and Amazon’s digital storefronts. As Windows Phone matures and the hardware is ever more capable, the lack of these different types of content becomes glaringly obvious.

Take for instance the Nokia Lumia 1520, a device witha  6-inch full HD 1080p display and a quad-core Snapdragon 800 processor. With powerful specs and a vibrant display, there is still no way for me to purchase movies or TV shows to watch on the device while I am on a plane ride. For me to watch video, I would either have to sideload the content (assuming there is no DRM protection), or play back the video that I recorded using the Lumia’s excellent 20-megapixel PureView camera on the rear.

For a video store to arrive–Xbox Videos–we’re beginning to hear chatter that Microsoft may not announce that effort until April at its BUILD developer conference. With a preview at BUILD, consumers may not be able to experience this until later in 2014 when the next version of Windows Phone–codenamed Windows Phone 8.1–gets released commercially.

And though Amazon’s Kindle ecosystem offers me a vast digital library and there is a companion app for Windows Phone, Microsoft needs to do more to provide me with the content I want to keep myself entertained. With a screen this gorgeous, reading a digital book or an e-magazine would be a delight, and it’s unfortunate that Microsoft hasn’t announced a content library yet for these types of content.

And while reliance on a third-party to provide content is acceptable on a certain level, not every user will want to subscribe to multiple services. What if you’ve bought into Barnes & Noble’s Nook ecosystem rather than Kindle? Well, on Windows Phone there isn’t a Nook app at this time. What if you prefer to buy your movies a la carte rather than maintain a Netflix subscription? Good luck with that currently.

And as the Windows Phone team may be working on getting more apps into the catalog, there is still a multitude of added content that the team needs to focus on to make Windows Phone a vibrant platform with a robust ecosystem. As I see it now, when I travel I may rely on my Lumia 1020 to capture photos and send emails, but I still turn to my iPhone and iPad to watch movies, read ebooks, and relax.