According to a statement released to ZDNet today, the update issue was actually caused by Surface RT devices not having the proper firmware before being updated to Windows RT 8.1 with the company saying, “This was due to a rare situation where firmware updates had not completed at the time of the update to RT 8.1. In most cases, if a customer encountered this issue the result was simply an extra reboot. However, for a very small percentage, the boot configuration data was affected which prevented a successful boot.” 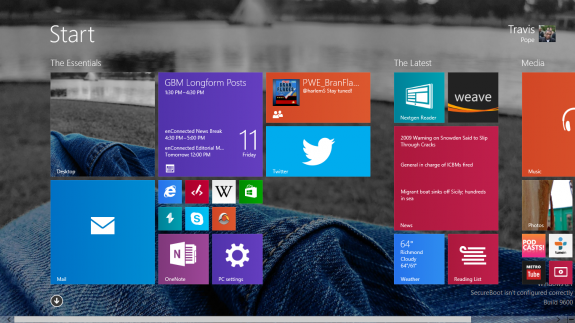 Microsoft released a software image that should allow users to fix the booting issue on their Surface RT devices without having to send the tablet away for repair. Unfortunately, the fix requires a 4GB flash drive and a 3.8GB download. While imaging a device isn’t that difficult for well-informed buyers, everyday users may consider the process too complicated to perform themselves.

The company maintains that only a “limited number” of users were impacted by the issue, and that it pulled the Windows RT 8.1 update for everyone to ensure that all user’s devices weren’t affected. While the Surface RT is the most popular device running Windows RT, both Dell and Lenovo manufactured alternative devices until recently.

Re-imaging the Surface RT seems to fix many of the devices effected by the upgrade error. Users who think their device is not booting becuase of the update should head to their local Microsoft Store or Microsoft.com/Surface to begin the troubleshooting process online.