In recent years, we’ve seen advancements in mobile processors, displays, and cameras on smartphones, but the common constraint that many mobile devices still faces is power consumption. So far, there hasn’t been tremendous improvements to battery technology or design, and that may be where the holy grail of mobile computing will lead manufacturers like Apple to fix as we enter a new age of wearable computing. Apple’s oft-rumored iWatch smartwatch is rumored to have improved battery life thanks to new power sources that come from the sun, thanks to solar panels, and wireless charging.

“Engineers at Apple even tried for many years to build a smarter battery by adding silar charging to iPhones and iPods, a former Apple executive said,” the New York Times reported. “And they have continued to experiment with solar charging.” 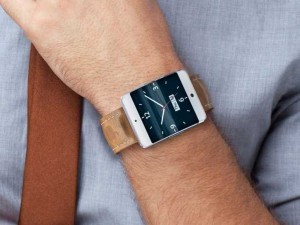 This isn’t the first time we’ve heard of Apple trying to rely on the sun and harnessing solar energy to power its mobile devices. A recently revealed patent application submitted to the United States Patent & Trademark Office revealed that Apple is considering embedding solar panels into the display of its iPhone smartphone, a strategy that if successful could also migrate into the iWatch.

And though mobile phones and tablets require a lot of power, wearables like smartwatches require even more power. Part of the intrigue with smartwatches is that it connects users to their phones, and potentially to their health by monitoring biometric data like heart rate, pulse, and calories burned, without requiring a user to look at the smartphone display. However, given that the form factor is similar to that of a traditional watch, which could go for years without needing a battery charged or replaced, smartwatches must last for longer than a day that a smartphone typically lasts on a single charge. If the smartwatch needs to be taken off frequently every day or every night to be recharged, it cannot continuously monitor the biometric information that may be required of it, diminishing the feature’s utility to a health conscious user.

And though researchers and engineers are trying to look for radical ways to change battery technology–from design to using alternative chemicals or materials–others like the former Apple iPod designer Tony Fadell think that smaller changes will be better as they will lead to bigger changes over time.

Part of the reason is that new technologies could create havoc. For one, a battery that is poorly designed could result in a PR nightmare for tech companies as it could cause injury to the user, create a fire, or explode. And given that users are more than likely to be strapped to a wearable computing device like a smartwatch, this risk to bodily injury is much greater than a smartphone that can be placed in a bag or left on a desk.

Another method that Apple is experimenting with for its smartwatch is induction charging, also known as wireless charging. Some devices today already use this new technology, including select Google Nexus products as well as some high-end Nokia Lumia smartphones. Rather than plugging these devices directly into the charger with a cable, a magnetic charging plate is connected to the cable and a user can set their phones onto the plate to charge.

This makes it easier as users don’t need to line up the cable to the charging port and makes it easier for people to use a phone in bed at night before bed and set it down on the plate to charge when they fall asleep.

In the past, we’ve heard that Apple is looking to expand wireless charging technology. Through a filed patent with the USPTO, Apple is interested in making wireless charging more seamless so you don’t even need to have your phone–or smartwatch–make contact with the charging plate. A zone of a few inches or centimeters away from the charging station could still wirelessly charge your watch. Potentially, if a user is wearing a smartwatch and Apple embeds this new wireless charging tech into a keyboard or laptop wrist rest area, whenever the user uses their MacBook, being close to the keyboard keys could automatically refuel the iWatch.