If you are interested in the iPhone 5, you should pre-order the device as soon as pre-orders open up. Various unnamed sources from Apple’s supply chains are indicating that component shortages may constrain Apple’s production of the iPhone 5, meaning that given he already popular demand behind the forthcoming smartphone, inventory of the phone may be low and the phone may be hard to stock and find.

According to BGR, Apple may face a shortage in production by as much as 25 percent. Rather than the anticipated 20 million units that are planned for global distribution, less than 15 million units may be produced. Sources are citing ‘unforeseen challenges’ in the manufacturing process, and it is speculated that the move to in-cell touchscreen displays may be the culprit of those challenges. 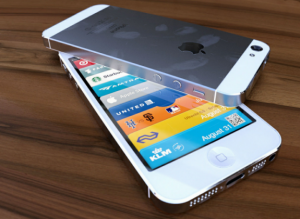 Apple recently received a patent for its in-cell touchscreen technology. The benefit of in-cell touchscreen is that the touch panel and the LCD are combined into a single layer, lending to a thinner device, more accurate touch recognition, as well as increased brightness as light now will travel through less layers.

Chinese publication Digitimes is further reporting that components for the miniaturized dock connector may also be a problem for Apple as supplies of key materials may not be readily available:

The latest rumors indicate that Apple has recently redesigned a connector at the bottom of the new iPhone and that yield rates of the new connectors at Foxconn International Holdings (FIH) have been low due in part to insufficient supply of some key materials.