Back in May I moderated a panel at a literary conference about how science fiction is the new reality. The description read: “Star Trek offers a vision of the future that includes personal, networked communicators, talking, intelligent computers, and the tricorder, a portable, hand-held networked computing device. Today we have cellphones, IBM’s Watson, and the iPad. Are we already living in the science-fiction future? What does this mean for writers of speculative fiction?”

The panel discussed how much faster technology and innovation happened than fiction predicted. But then, those same stories and novels influenced the people making technology, resulting in a beautiful Mobius strip of ideas made reality that inspire more ideas to make into reality. There’s a third component to this as well: a willingness to push forward and not rest on the laurels of complacency. 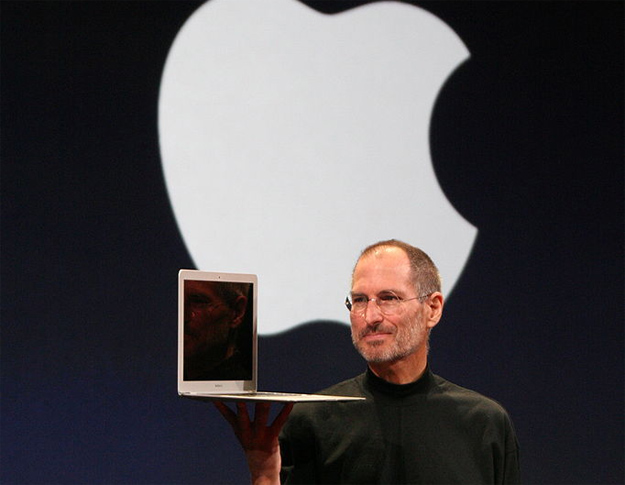 I thought of that panel after reading articles about Steve Jobs that highlighted his genius for innovation. For knowing when to say no to good ideas and to bring out the best in the ideas that got the green light. I also thought about the many stories I’ve heard about Jobs over the years — things like how he’d hold up a product launch because the team hadn’t yet designed an icon for one app that he liked. (This remembrance from Vic Gundotra lends even more credence to that story.)

Advancement and innovation don’t just come about because the ability to create it exists. We don’t get the devices even when they’re ready if the icons aren’t right. If you’re trying to paint a picture of the future, this knowledge has to be in your palette.

Things is, even knowing stories like that, it can’t be denied that Steve Jobs pushed forward when others were content to stand still. That’s why Apple is so successful today. It may continue to be that way in the near future — I’m sure many at the company feel the weight of Jobs’ expectations and vision — but as a science fiction writer, I wonder about the time beyond that. Jobs was so forceful in his belief that if Apple wasn’t out there driving innovation, the competition surely wouldn’t.

“If, for some reason, we make some giant mistakes and IBM wins, my personal feeling is that we are going to enter sort of a computer Dark Ages for about 20 years,” he said. “Once IBM gains control of a market sector, they almost always stop innovation. They prevent innovation from happening.”

Looking at the current PC landscape, I am a little afraid that this is still true, except it’s not IBM we have to worry about.

I’m a PC, not a Mac, yet even I can see that most of the computers on the market are reactions to innovations someone else made. Yes, not everyone can be a visionary. Still, is it too much to ask that manufacturers at least try? Someone has to be willing to get out in front of technology, see where it’s going, and aim for that place instead of aiming for where it was two months ago.

And a lot of you need to be willing to stop making so much crap. I say this looking at every major PC and device manufacturer in the world today.

The ultimate legacy of Steve Jobs can and should be a world where technology and innovation outstrip science fiction faster than futurists predict. Where progress doesn’t just stop because people are pretty content with what they have at the moment and you spend the next few years gilding that lily. Where manufacturers make better, more beautiful products that bring meaning to our lives because they better help us express how awesome and amazing we already are.

That’s how it should be. How it will be is yet to be determined. I await, with trepidation, to see who will ultimately make that determination.