Nintendo, makers of the Wii U gaming console an Nintendo 3DS, are gearing up for their first new game releases in 2016. Surprise Amiibo figures are launching alongside those games. There are new Animal Crossing Amiibo in the works and new figures and compatibility coming for The Legend of Zelda: Twilight Princess HD and Mario & Sonic at the Rio 2016 Olympic Games. On top of that, Pokemon Amiibo are returning to stores.

Nintendo of America announced the first of the new Amiibo figures for 2016 earlier this week. Amiibo are tiny figures with a base that include wireless transmitters. The figures communicate with the wireless technology that’s built into Nintendo’s latest devices. The Wii U and New Nintendo 3DS both support Amiibo figures for adding game content and unlocking new characters. One new Amiibo included in Nintendo’s 2016 line-up of figures will take those activities a step further. 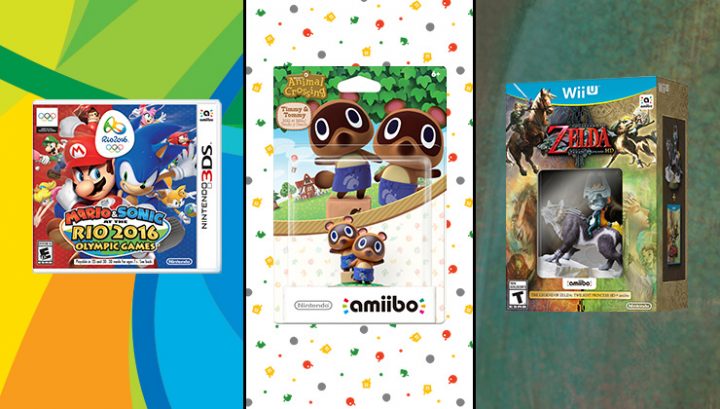 Like its done in previous games, Nintendo isn’t forcing users to invest in new Amiibo figures if they don’t want to. The Legend of Zelda: Twilight Princess will also sport compatibility with Link, Toon Link, Zelda, Sheik and Ganondorf.

The arrival of Star Fox Zero could be the last major release the Nintendo Wii U sees before the company begins talking publicly about its replacement at this year’s Electronic Entertainment Expo. Nintendo says that the new Star Fox Zero release date is April 22nd and that it’ll be compatible with some Amiibo figures. The company doesn’t say which figures it’ll work with in this week’s announcement.

Finally, Charizard, Jigglypuff, Greninja, Pikachu and Lucario are getting re-released in stores to celebrate the 20th anniversary of the Pokémon series of games, television shows and trading card game.

All told, Nintendo has enough here to keep Amiibo lovers busy for some time. How and where users can pre-order seems to be the most important thing on potential buyer’s minds; Amiibo can quickly sell out once released.

The Legend of Zelda: Twilight Princess HD is available at GameStop for pre-order now for $59.99. Star Fox Zero is already available for pre-order at the retailer too. Retailers like Target, Best Buy, Wal-Mart and Toys R Us typically reveal their pre-orders close to an Amiibo’s release date.

Amiibo figures are compatible with the new Nintendo 3DS XL and the Nintendo Wii U. Users can add support for Amiibo to other Nintendo 3DS consoles using the Amiibo readers that Nintendo sells.