The other day a commenter reminded me that there many of you out there concerned about the radiation your mobile phones emit and whether it could be harmful. I did a story on this several months ago and the best that can be said right now is that no one knows the effects and no one will for several years.

Still, given that there are indications that RF energy can be harmful, some have chosen to err on the side of caution and be prudent. If you’re among the concerned, there are simple steps you can take to reduce your exposure:

If your mobile is your only phone or you can’t avoid talking on it there are solutions. For a few months I’ve been using Native Union Moshi handsets instead of holding my phone to my head. I have a couple of Bluetooth models and a wired one. Yes, they do look somewhat retro and kitschy, but they help.

They’re not just for people worried about radiation, either. People who find it hard to hear or be heard on their phones may find conversations easier with these handsets. Plus, you can do that thing where you hold it between the head and shoulder without worrying it will slip.

The wired Moshi Moshi 05 fits into any 3.5mm headphone jack and has a cord long enough that the phone can stay in my bag while I talk. No, it’s not something I’d whip out on the street, though I occasionally see people doing that. However, when I’m at home and I want to move around I still end up putting the phone in my pocket, which defeats the point of using the headset… 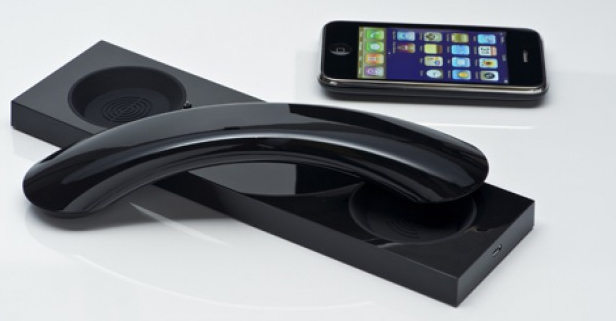 The Moshi Moshi 03 is a Bluetooth version with a very modernist design. I like that it sits on a cradle, just like a real phone, and picking it up or putting it down will answer and end a call. You can keep it connected to two devices at once, which is useful for multi-phone households or folks who take VoIP calls on their laptops. It charges via USB and usually lasts me over an hour between charges.

This one is a bit slippery since it’s made from smooth, glossy plastic and not as great for shoulder holding. The corded Moshi Moshi 01 is better for that purpose, but not as mobile. 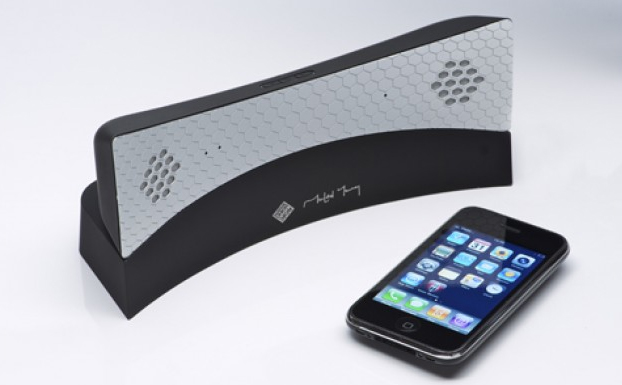 Some people are so worried about radiation that even Bluetooth freaks them out. In this case a good speakerphone is a better option. The Moshi Moshi 04 will work on the cradle as a speaker or you can pick it up and use it like a handset. (though it’s not that comfortable).

This model switches between calls and music seamlessly and pumps good audio quality. The design is pretty sweet and not too embarrassing in the living room. Just don’t get too far away from it when taking calls.

Any of these handsets will work with a computer as well as smartphones. If you take a lot of VoIP calls and don’t like to use a headset or want to be more mobile while doing so, check out the Moshis.