Would You Buy an iPhone 5 Sight Unseen? [Poll]

Would you order the upcoming Apple iPhone 5 sight unseen?

That’s the question put to me by our own Xavier Lanier and my first reaction was, “Absolutely not!”

As I thought about it, that question isn’t so cut and dried, especially when you consider the hypothetical scenario he gave me.

What if something really strange happened and Apple announced that they would be taking pre-orders for the iPhone 5 starting Friday, but would not announce or reveal any of the pertinent details until an event scheduled for the first week of October. Who knows why? Maybe supply chain issues or just for fun social engineering experience that Steve Wozniak the prankster cooked up to help Tim Cook kick off the iPhone 5 launch.

Would you order the iPhone 5 sight unseen? The scenario gets harder if Apple also announced that for some reason you wouldn’t get one until next Spring if you don’t preorder now because they know they won’t have enough to meet launch day demand.

The unlikely scenario gets at one issue. Are Apple customers willing to place an order for an Apple product that proved successful through multiple generations, but will possibly change significantly in this next generation. 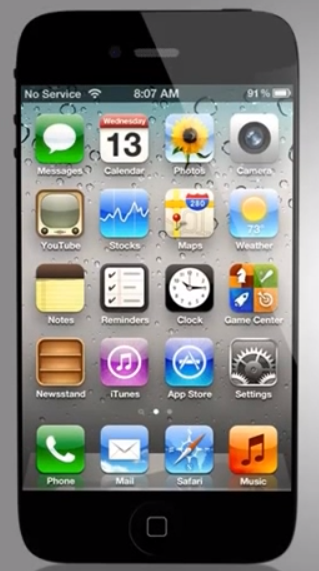 I don’t think I would for a number of reasons.

First, who knows what crazy changes they might cook up. Case in point – the Apple TV removed local storage in the second iteration and the MacBook Air’s third generation lost discrete graphics and we all remember the HP iPod disaster which required buyers to get tech support from HP instead of Apple.

Second, The iPhone 4 antenna issue and glass back shows that not all iPhone updates have been clear improvements. These issues didn’t affect me that much, but what if the new one has a similar issue that does.

Third, Apple iPhone has stiff competition from Android. Even if you love the new device specs and have to upgrade due to problems with your current phone you can get a really good Android phone, like the Droid Bionic, while everyone else waits around for the iPhone 5, you’ll already be enjoying your smartphone.

Finally, as an Android user, the new iPhone will have to have a few things before I’m willing to return. Here’s what I need, and need to know for certain before buying an iPhone again.

Despite these reasons, some would likely buy no matter what. I asked my family this question. While my two sons are happy with their present phones, my wife isn’t. If she could get the iPhone 5 sooner, rather than later, by buying sight unseen, then she would pay up.

Her current iPhone 3GS, which is her second iPhone, has a crap battery that quits on her at about 55%. She has to keep plugging it in to last through a single day. When I asked her why she would preorder not knowing anything about the new iPhone she said she didn’t think it would be worse than the current iPhone 4.

She like many other Apple customers believes the following: