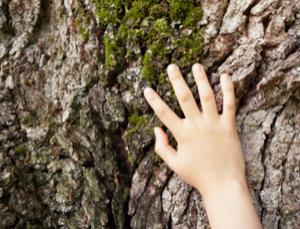 Looks like Microsoft continues to try and push the envelope when it comes to touch. According to a recently filed patent they’ve created a method of touching a surface to create a different tactile experience that makes users think they are touching a 3D like surface.

According to an article on New Scientist, Microsoft is working with creating a real texture, using pixel-sized shape-memory plastic cells that can be programmed to rise from the surface on command.

Here’s a quote from the article:

A projector built into the Surface displays a computer image onto the table top from below. As the user touches it, infrared reflections from their fingertips are detected by cameras beneath the table and used to pinpoint the position of the finger and lend touchscreen capability.

In the patent, Microsoft proposes coating the display with a light-induced shape-memory polymer. This becomes hard and protruding when one wavelength of ultraviolet light is transmitted at a pixel, and soft when another wavelength hits it. By modulating these wavelengths, texture can be created, the patent claims.

The article goes on to claim that this might mark the beginning of the end for keyboards on mobile devices for text entry. I wouldn’t look to see this on the market anytime soon, but it is interesting to think about.