Wrapsol claims to make the “easiest to apply and strongest protective film technology for mobile devices.” The claim that got my attention was this one. Their protector “…actively releases air bubbles.” I hate screen protectors because it’s impossible to apply one without getting bubbles and fingerprints under the protector. This ruins the experience.

Wrapsol sent me a screen protector and grip pad for my new iPad and call me impressed. I can confirm the “easiest to apply” claim. The protective film went on my new iPad screen with little difficulty.

Wrapsol promises that your screen protector may have bubbles when you first apply it, but within 24 hours they will go away thanks to a special design that releases the air through the film. That’s what I wanted to test! 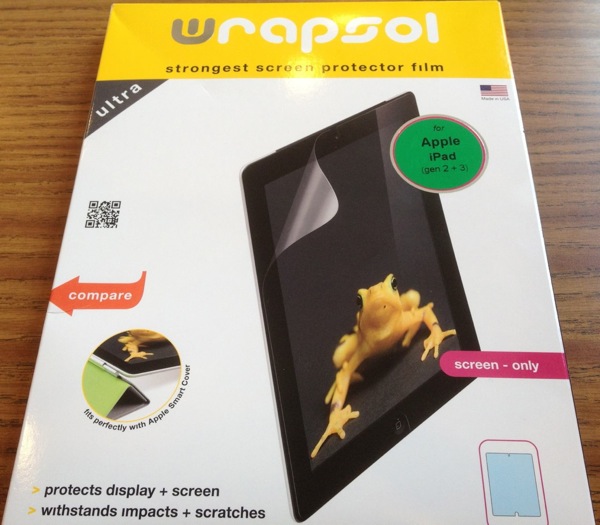 The whole process is annoying and I’m not patient enough to get it right so I don’t bother. I hate all screen protectors. You usually have a ton of air bubbles unless you’re really careful. You also usually have a ton of fingerprints. Your device’s screen will look terrible and embarrassing. 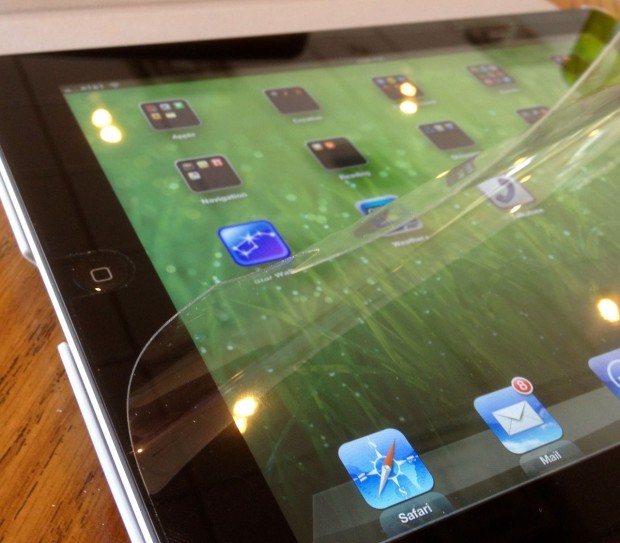 The Wrapsol protector doesn’t require the same methodical approach. Remove the backing and throw it away. Apply the thick polyurethane Wrapsol screen protector to the long edge of your iPad first. Once it looks straight, you just flatten it onto the iPad screen. Now use the included thick piece of white cardboard to squeegee the bubbles out as best you can. Doing it this way leaves some bubbles trapped under the film.

See the second image below and you’ll notice a few. I was worried. They were all over my iPad screen. 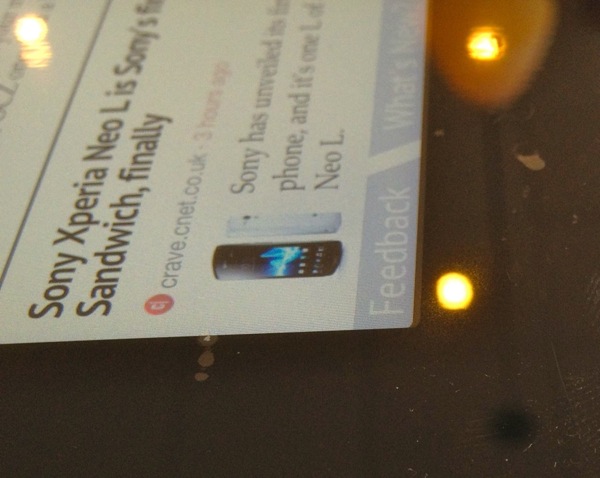 Before: Notice the bubbles on the right center and along the bottom left edge.

I used my iPad during the day, certain I’d be writing that the company over-promised and under-delivered. After an hour I forgot about the film and just used my iPad.

I applied the film about 10:00 am and by 6:00 pm most of the bubbles were gone. After about 26 hours I can’t see a single bubble. Incredible! 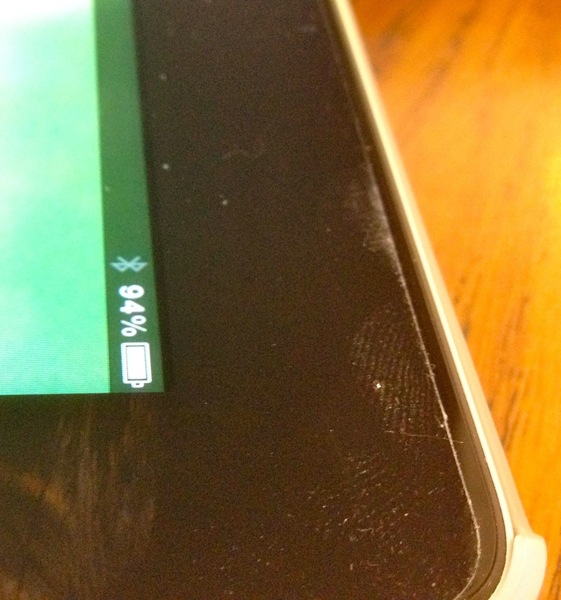 After: The bubble in the before image is gone.

The image above is a picture of the same corner as the picture before it. You can’t see a single bubble in the after image while you can see a big one on the right of the before image. The bubble on the left of before image is also gone.

What you can also see in the after image is a terrible fingerprint on the film. It isn’t under the screen protector but on the top side you touch. Like the iPad screen the film protector attracts fingerprints. It’s also not as easy to clean as the screen itself. You get a screen cleaning cloth to help you clean the iPad screen before applying the film. It also helps clean it afterwards.

I only notice the fingerprints along the bezels of my black iPad and when I turn off the iPad screen.

People who use a stylus with their iPad may find the thick film a little annoying. My three different rubber tipped styli don’t glide very well over the surface of the Wrapsol protector. The protector works fine with my fingers, but if you write with a stylus a lot, this product isn’t for you. I haven’t used a screen protector that does work well with a typical iPad stylus.

The polyurethane material is thick. Wrapsol promises it will protect your screen even with extreme abuse, like scratching with steel grill brush. I didn’t have the courage to test it, but the following video supports the claim.

You can get a Wrapsol screen protector for a lot of different touchscreen devices. The iPad model costs $29.95 direct. Bundled with a non-slip grip pad that adheres to the back of your iPad costs $34.95. I wasn’t a fan of the grip pad, so just get the screen protector by itself.