Owners of Microsoft’s Xbox One entertainment console and Sony’s PS4 consoles are going to have to wait a little longer before they can create their own wrestlers and take on the role of their favorite WWE superstars. This morning 2K games revealed that WWE 2k15 release date has changed. 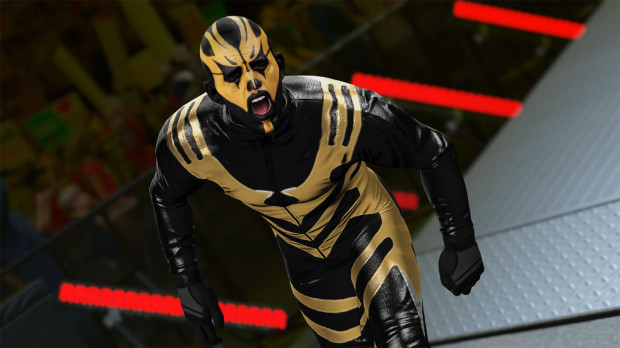 Despite revealing the new WWE 2K15 release date, 2K Games isn’t exactly being straightforward about why it found it necessary to delay the game by just three weeks. “The additional development time enables our talented teams to ensure the WWE 2K15 experience fully meets our expectations.” Clearly, the game isn’t done, but the publisher and developers aren’t exactly saying what the hold up is beyond that. Even more strange is the delay itself. It gives the teams making WWE 2K15 three extra weeks to work on the next-generation versions of the game. Some would argue that’s not a lot of time to address any serious issues.

WWE 2K15 is important to wrestling fans for a couple of different reasons. The first is that this will be the first and only wrestling game available for Xbox One and PS4 users. Many potential WWE 2K15 release date buyers are expecting – or at least hoping – that the game will deliver an experience worthy of upgraded hardware. The other major reason a new WWE 2K15 release date is important is pretty easy to understand. Having purchase rival WCW some years ago, WWE 2K15 is the only wrestling game worth taking seriously. For fans of the sport, it’s would be as if Electronic Arts suddenly decided to delay versions of Madden NFL 15 or FIFA 15.

Just like those other sports titles, WWE 2K15 is all about delivering an updated roster of stars and some next-generation features to add a little padding. A new MyCareer mode will allow WWE 2K15 players to create their own customized character and take him through an entire career with the franchise. These custom characters will get matches at major WWE events and belt titles. 2K Games says that users can expect “countless hours of gameplay” from the mode on its own. This mode will only be available in WWE 2K15 for the Xbox One and PS4, possibly hinting at a reason for the delay.  A refreshed presentation mode and better scans of different wrestling stars will also be available in this version of the game.

To capitalize on the rivalries of WWE wrestling stars, WWE 2K15 buyers will be able to relive all rivalries through a combination of footage from captured at real life matches and matches that they can participate in. 2K Games is highlighting the feature a new sort of mini campaign mode. A new dynamic system will also let WWE 2K15 players customize their wrestler’s schedule and relationships with other stars.

Thankfully, that last dynamic feature won’t be exclusive to the Xbox One or PS4. That being said, so much of the other features are that it’s hard not to recommend that potential WWE 2K15 release date buyers hold off until the Xbox One and PS4 version of the game arrives on November 18th – that is, if they’re already preparing to get a next-generation gaming console. WWE 2K15 for Xbox One, PS4, Xbox 360 and PS3 will cost $60 when it arrives on store shelves.