Ubisoft Massive’s The Division isn’t exactly what anyone would call a simple game to master. Being an online role-playing game, it’s full of things that you have to learn, master, earn and grasp. The linchpin to any successful career in The Division is the Dark Zone.

A walled-off section of Manhattan, the Dark Zone is an area of the game map where the regular rules don’t apply. Rogue agents are all battling it out to get their hands on the gear within its walls. What’s worse, they’re also joined in the Dark Zone by rival gangs and dangerous enemies. The Dark Zone offers The Division players the chance to play against their fellow agents. The reward for successfully doing so is a mountain of high-end gear and crafting items.

Here are some quick tips for anyone venturing into the Dark Zone in The Division. These won’t save you from the danger that awaits you within its sealed walls, but you’ll at least have more fun before losing your loot.

Stay Calm and Keep Your Gun at the Ready

The crux of the Dark Zone, the major reason that everyone wants to go in, is the gear. You can craft great items using resources gathered from the main game world, but none of it will be as good as what can be found inside the Dark Zone.

If getting a weapon outside of the area required just killing an enemy and picking it up, you’d be good. It doesn’t work that way though. Instead, you need to extract your contaminated gear so that it appears back at your Base of Operations. Once you’ve picked up gear, head to the nearest extraction area to get it out. A helicopter will soon arrive to get your gear out.

At any time, someone in the Dark Zone could run up and kill you for the items you’re carrying. Stay alert and stay ready to do battle, even if you’re traveling with friends you’ve played the game with before.

Have a Headset On

In The Division, communication is absolutely key. You’ll save yourself and your friends a lot of headache if you’re wearing a headset and microphone. It’s very useful for the Dark Zone too. The online chat system allows you to hear what other players in the Dark Zone are saying. They can just as easily hear you too, meaning they’ll know that you come in peace when you suddenly show up at their extraction without warning.

Before Heading into the Dark Zone, Get a Refill

Before you go into the Dark Zone, be absolutely sure that you have everything you need. There are refill crates just before you enter the final door.

When All Else Fails You Run

Besides the dangerous agents, there’s a wealth of enemy factions all hanging out in the Dark Zone. Kill them and you can pick up the gear they drop. Encounters in the Dark Zone aren’t as casual as they are in the regular game environment. Enemies that you run into will have enhanced shielding. If beating them on your own isn’t possible, consider grabbing the loot that you earned from the enemies you successfully killed and moving on to an extraction.

It’s not uncommon to run out of bullets for your weapons trying to take down one squad of enemies. 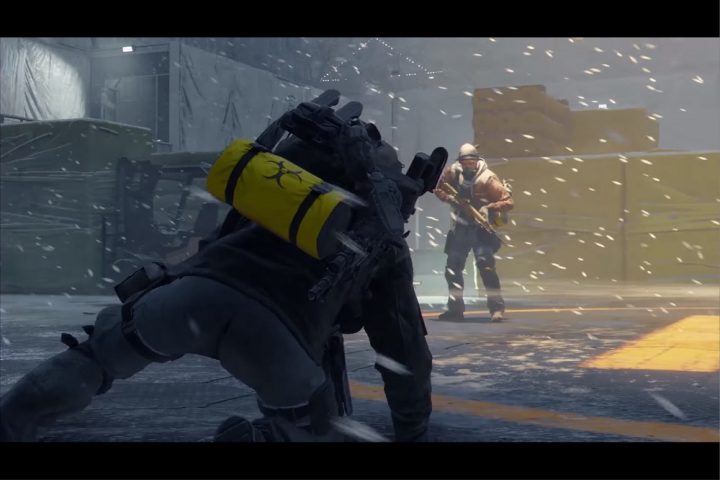 Use the Kill Cam

If you’re on a squad with a few other team members and you’ve died, don’t give up. Instead, use the kill cam and the camera focused on your body to give them a better idea of any enemies coming your way for as long as possible. When you respawn, you’ll get the option to go back to the nearest gate.

Watch for the Skulls

If you see skulls in your mini-map coming for you, don’t dawdle. You want to get setup for a major battle right then and there. Red skulls indicate when there are Rogue Agents in the vicinity. Rogue Agents are players that have intentionally killed other players for their gear. Managing to kill a Rogue Agent will get you some extra XP and more, but be careful. Because Rogue Agents eventually lose the bounties on their head, remember to pay close attention to profile names in case you see them again. 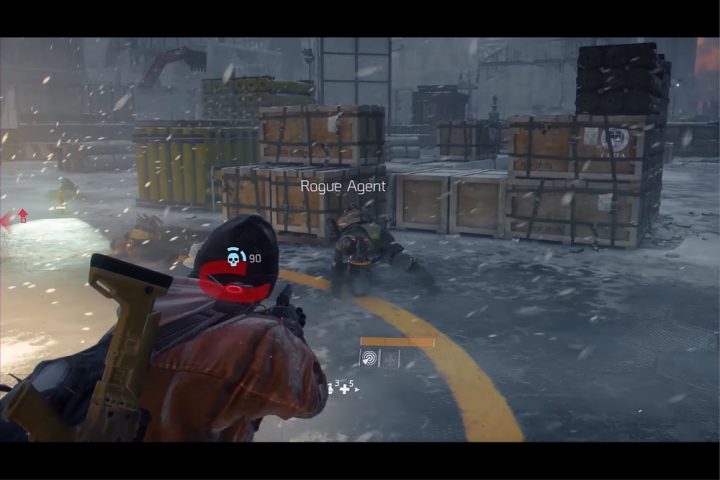 Keep an Eye On Your Dark Zone Level

The Division is available on PC, Xbox One and PS4. Digital downloads of the basic game are still $59.99. GameStop is selling used physical copies of the game for $54.99.