Several sources including The Verge and Computer and Video Games report that Microsoft will announce its new Xbox console, presumed to be called Xbox 720, in April 2013, about two months after the debut of the PlayStation 4.

A new domain XboxEvent.com that EventCore registered yesterday reinforces the publications’ sources claims. EventCore is an event planning agency that Microsoft used to plan previous events. The domain hints that Microsoft is preparing some sort of big event for its third home console.

An event in April will give Microsoft two months before E3, the biggest gaming event of the year. The rumored date is also at least a few weeks after the Game Developers Conference. By announcing the new Xbox after GDC Microsoft likely can’t discuss programming for the next consoles with developers at the conference. Microsoft could just decided to hold its own developer event, however. 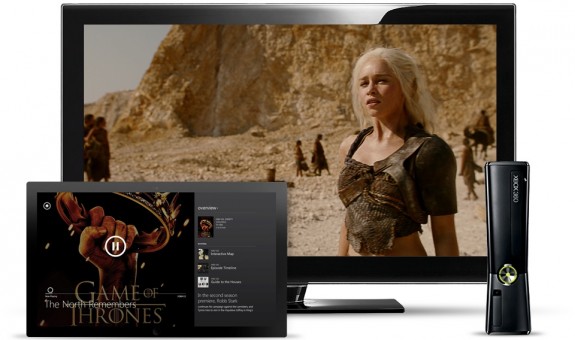 The next Xbox may have enhanced SmartGlass features.

The next Xbox will compete with the PlayStation 4 which Sony launched earlier this week. Sony won’t release its new console until holiday 2013, and Microsoft’s Xbox Durango (the console’s codename) will likely come to stores around the same time. At the moment it’s hard to say which console will make it to market first.

Microsoft may also have to contend with an Apple TV with apps and mobile games in general including new Android-based consoles such as the Ouya. Mobile games are much less expensive than console games, but don’t look as great. Even if the games look more impressive and offer more immersive experiences, Microsoft will have to contend with the legion of casual gamers in the world with the new console.

Microsoft may try to lure in casual gamers by expanding its media options. Some rumors claim the next Xbox will have even more media features than the Xbox 360, and may even act as a cable box with select partners.

The new Xbox Durango will likely include an expanded SmartGlass feature that will let gamers use their smartphones and tablet not only as second screens, but as controllers. Touchscreen devices lack physical buttons or a controller, however, so it’s not clear if Microsoft will have an answer to Sony’s idea f streaming PS4 games to the Vita or NVIDIA’s idea of streaming PC games to Project Shield.

Other rumors include a new controller that’s the “natural evolution” of the Xbox 360 controller and a new Kinect sensor. The new Xbox may require the Kinect sensor, and it will have higher resolution cameras than the current Kinect. It may also have the ability to track more people and more detailed skeletons, including fingers.