In what is likely a bid to shore up the service against tough competition from Google and Apple, Microsoft has unveiled a new Xbox Music web application that will allow users to stream their Xbox Music Pass content in a web browser.

The new web interface, which launched this morning to little fanfare from Microsoft, allows users to play the music in their Xbox Music collection using almost any desktop web browser that supports Adobe’s Flash plugin.

While Xbox Music Pass users can browse the content that they’ve added to their collection using the service’s Windows 8.1 application, Xbox Music on the web is completely devoid of any way for users to discover new content, short of searching for each artist. The service’s apps on Windows 8, Windows Phone and the Xbox 360 have a Radio option to help users find new songs and discover new artists. 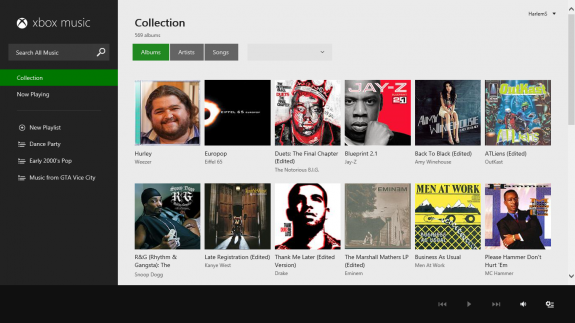 Xbox Music on the Web

Users can add to their Xbox Music Cloud collections using the web interface, and create playlists that sync to other parts of the Xbox Music ecosystem.

While the web version of the music client is certainly a step in the right direction for users who simply want to use their subscription in as many places as possible, the web client doesn’t change the value proposition of Xbox Music in any meaningful way.

Xbox Music on the web can’t be used on any mobile devices now, this includes Microsoft’s Windows Phone. There is no way to add music to an Xbox Music cloud collection using a smartphone, even in the application built into Windows Phone. The applications for iOS and Android that Microsoft announced last year have yet to materialize, meaning Xbox Music is still completely inconvenient for the overwhelming majority of users.

Xbox Music is a reboot of the Zune music service that Microsoft unveiled in 2006. Since its reboot as Xbox Music in 2012, both Apple and Google have debuted music services that catch up to and sometimes surpass the features now available within Microsoft’s service.