Microsoft first announced Xbox Music in June at E3 and it looks like the service is finally close to releasing to the public.

According to The Verge Microsoft’s Xbox Music will launch on October 26, the same day as Windows 8. The service will offer streaming music on any modern device that uses a Microsoft-built OS including Windows 8 PCs and tablets, Windows Phone, and the Xbox 360.

As previously rumored the Xbox Music service will offer a subscription service like Microsoft’s previous effort, the Zune Pass. Unlike Zune Pass, however, Xbox Music will have a free ad-supported model. Users likely won’t have to pay a subscription for Xbox Music as long as they’re okay with listening to ads after every few songs. 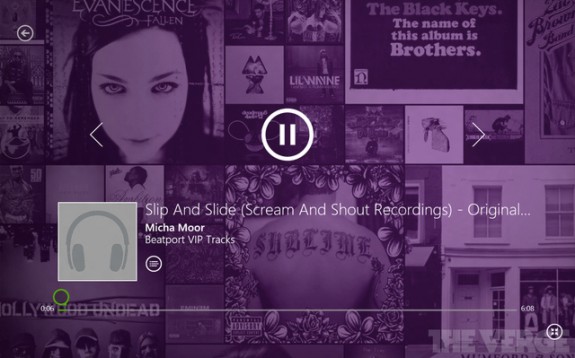 We don’t know what other limitations the ad-supported version fo Xbox Music will have, unfortunately. Spotify restricts its ad-supported model to the desktop client only, which Microsoft could do as well.

Xbox Music will integrate with another Microsoft cloud service, SkyDrive for storing music and playlists. With SkyDrive integration users will have the chance to sync their music collection and playlists across multiple devices. We imagine this is mostly used for songs that aren’t available in Xbox Music.

Microsoft has plans to bring Xbox Music to other platforms including iOS and Android, but we don’t know when that will happen. We hope those apps come soon after launch so users can access the service on any device they want. We’d also appreciate a Mac app for users who use both desktop operating systems on a regular basis.

Based on the Zune Pass model, Xbox Music will likely cost $99 per year for a subscription.