Today Microsoft unveiled the Xbox One, its vision for the future of games and entertainment in a hurried, one hour event in Redmond Washington.

The company rushed through a number of announcements including a number of new features and partnerships for the Xbox One. Here’s a list of some of the new features that stand out from the hour-long presentation.

These are the features we can’t wait to see in person later this year when the console ships around the world. 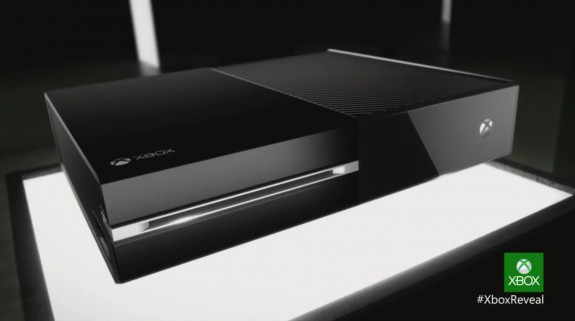 Nobody can announce a new game console without at least a few games. Microsoft didn’t show off the same breadth of game that Sony showed during its PlayStation 4 announcement, but what it did show looked pretty impressive. The company showed off teasers for the new Forza 5 and a new game from Alan Wake developers Remedy called Quantum Break.

EA also took the stage to announce that future versions of its sports titles will have exclusive content on the Xbox One. That includes features of Fantasy Team in the upcoming FIFA 14. EA will release Madden 25, FIFA 14, UFC and the returning NBA Live 14 on the Xbox One within the next year, and each will use the new Ignite engine shown in the video below.

Activision took the stage at the end of the presentation to show off some gameplay fo Call of Duty: Ghosts, and to announce that DLC for future Call of Duty games will come to Xbox One first. After the event Ubisoft, Square Enix and Bungie confirmed their respective titles Watch_Dogs, Thief and Destiny will come to the new console as well.

While Windows 8 isn’t the most popular version of Microsoft’s desktop OS, it does have some interesting idea, and Microsoft will bring some of those to the Xbox One. Perhaps the most interesting of these features is the new Snap mode. The Xbox One will let gamers snap apps to the side of the screen like they can on Windows 8 PCs. The feature lets users browse the web while watching TV or see their fantasy sports stats right next to an ESPN broadcast, for example.

The first Kinect came out as an option Xbox 360, but now every new Xbox One console will come bundled with a new Kinect sensor that’s much better than the current device. The new Kinect features a 1080p camera that can better detect users bodies. The device can now see when the user rotates their shoulder or shifts weight from one foot to another.

The new Kinect will also recognize voices, automatically signing in users when they say “Xbox on.” With the new accessory users can switch between content on their Xbox One with just a few simple words such as “play game” or “watch movie.” The new Kinect feels like it’s part of the console instead of an accessory added on mid-way through the console cycle.

A major inconvenience for anyone who wants to do more with their TV than just watch cable is constantly switching inputs. The Xbox One will make that process simpler with its HDMI passthrough that lets users switch between watching TV from a cable box and the Xbox One easily. For users who have the Xbox One and now other consoles, it means they never have to switch inputs again. For gamers with multiple consoles, it saves a precious HDMI port on their TV.

The Xbox One will control cable boxes through an IR blaster, and even includes its own channel guide that users can navigate using voice commands. Assuming it works with every cable provider, it should make watching live TV a much simpler experience.

Not every gamer will care about sports, but for those that do care Microsoft landed a deal with the NFL that will bring exclusive content to the Xbox One console. The partnership will let users view their fantasy football leagues next to games using the aforementioned Snap feature. It will also bring some exclusive content to SmartGlass users, though it’s not clear what that it yet.

More details of the partnership will likely come as the Xbox One launch draws closer, but so far it sounds like an exciting partnership.