Microsoft’s Xbox One video game and entertainment console will get a new feature lovers of television shows and movies have asked for ever since it was announced: DVR support.

Microsoft announced that the Xbox One would act as a DVR during last week’s Gamescom 2015 briefing. It was at Gamescom that Microsoft revealed the first footage of Scalebound and showed off fully destructible environments in Crackdown 3. DVR stands for digital video recording. With a software update, Microsoft will let users record video content and store it locally for playback later. It’s something users have wanted for ages. In fact, it’s often requested on Microsoft’s Xbox Feedback website for new feature ideas. 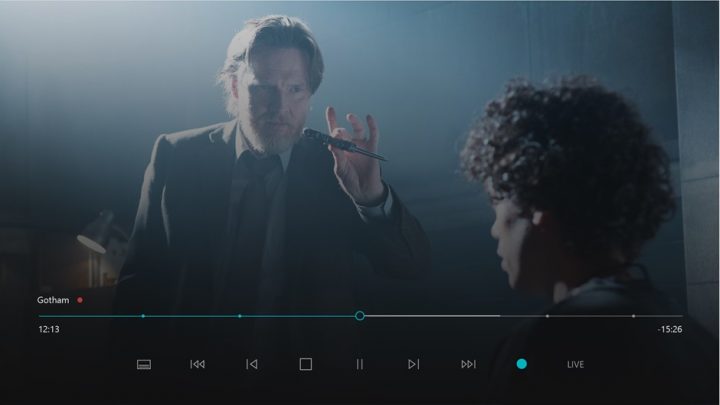 Xbox One DVR support will build off the foundation that Microsoft has already laid for watching broadcast television. Anyone with the Hauppauge Digital TV Tuner for Xbox One or the Xbox One Digital TV Tuner connected directly to their console will get to record television shows as they are. The Xbox One will then let users watch what they recorded on their own time – absolutely free of charge, according to a post on Xbox Wire.

What’s more, scheduling and playback happens through the Xbox One SmartGlass apps on Windows, Windows Phone, iOS and Android. Users can stream the content they record to their mobile device over their network, or store it on the device for viewing in the future. OneGuide, the Xbox’s one screen for everything video entertainment related, will handle scheduling.

On stage Microsoft made a big deal out of the DVR support being completely free and requiring no separate subscription of any kind. That’s because DVR contemporaries do. TiVo, for example, requires at least a $14.99 a month pass.

Smartly, Microsoft isn’t limiting the amount of content users can record using Xbox One DVR. But there are other concerns and gotchas. Microsoft says that users can record anything they want – provided that it’s available through broadcast television. That’s why the Hauppauge Digital TV Tuner for Xbox One and Xbox One Digital TV Tuner are so important. Cable channels like AMC and TLC are out of the question. So are premium add-ons like HBO and Cinemax. Today, users can enjoy these channels by connecting their cable or satellite box to the Xbox One using its built-in HDMI pass-through port.

The Xbox One simply acts as an intermediary, letting users give voice commands and interact with the OneGuide before passing off instructions to the dedicated equipment. Microsoft hasn’t said why it’s limiting the feature explicitly, but it’s safe to assume the company doesn’t want to venture into content and technology deals with cable companies and networks. Many cable networks already have dedicated apps on the Xbox One.

Since the announcement last week, Microsoft clarified its position on the dwindling amount of storage users have for DVR. After all, there’s not a lot of space left for video recording when an Xbox One has nothing but digital games installed and tons of apps. To use an Xbox One as a DVR users will need an external hard drive to store their content on. At launch, only Xbox One consoles The United States, the United Kingdom and Canada will DVR support. Presumably, it’ll spread to other countries after.

For comparison, Sony’s PS4 video game console doesn’t support DVR in the same way that the Xbox One will. Instead, watching broadcast and cable reruns through the PS4 requires a PlayStation Vue subscription. On paper, PlayStation Vue is more impressive, but it’s staged roll out gives Microsoft the upper hand. Sony is in the early stages of rolling out PlayStation Vue across the United States. Last week the service $50 serviced kicked off support in Dallas-Fort Worth and Fort Lauderdale.