Following the dissection of the PlayStation 4 last week, the Xbox One is getting its turn on the surgical table by the folks at iFixit, and much like Sony’s gaming system, Microsoft’s console is fairly easy to take apart. All it takes is a bit of prying to take off the side grille and then a few clips that need aggravated in order to take off the plastic that surrounds the Xbox One’s innards.

However, a metal shell stands in the way that protects the internals, and you have to take off the WiFi board and the speaker before disassembling everything else. However, the metal shell is really easy to take off, thanks to some standard 64mm T9 Torx screws. 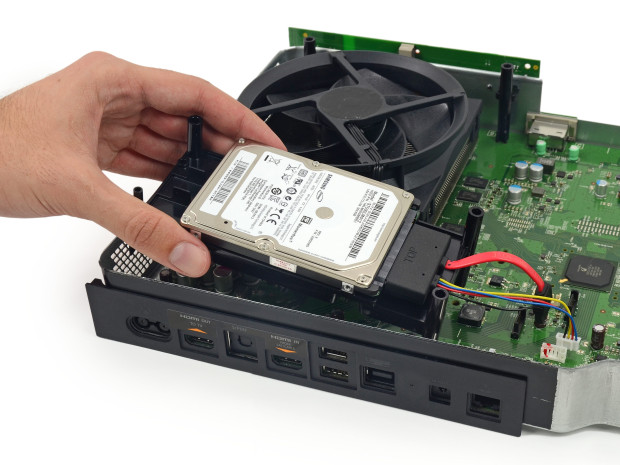 As for the main guts, the Xbox One comes with a giant heatsink and fan, probably to make sure that Microsoft doesn’t get another Red Ring of Death situation on its hands again, and then you have the motherboard, which consists of the processor and graphics SoC and RAM.

Overall, iFixit gives the Xbox One a repairability score of 8/10, but it’s easy to see why. More hunkier pieces of gadgetry tend to be easier to tear apart thanks to standard assembly and more room to play around with stuff. Smaller devices, like the iPad Air, tend to use more proprietary methods for assembly, and there’s no shortage of adhesive holding it all together. Again, opening up the Xbox One will void the warranty, but if you absolutely want to do your repairs yourself, you really won’t have much trouble.