Xbox One Headset: The Accessory No One Is Talking About

For the first time in Xbox history, an Xbox console comes with a headset bundled in by default. The Xbox One sadly doesn’t come with two controllers, but Microsoft thinks they can make it up with an included headset, and it’s easy to see why: the Xbox One relies on voice chat more than the Xbox 360 ever did, thanks to Skype integration.

But Microsoft really isn’t boasting about how the Xbox One comes with a headset by default. The three main components of the system that are getting all of the attention are the console itself, the redesigned controller and the all-new Kinect sensor. 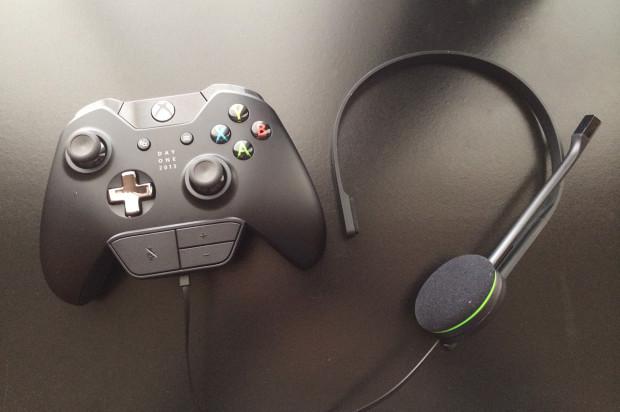 The biggest story is how the Xbox One comes with a Kinect sensor out of the box, which makes sense, but the headset is also a huge feature with the new console, especially since Microsoft is making headset makers start all over with new Xbox One headsets, thanks to the new proprietary port on the Xbox One controller.

Microsoft plans to offer an adapter that will allow gamers to use Xbox 360 headsets with the Xbox One, and a few headset makers have already announced that they’ll be offering Xbox One headsets at some point in the future, with a couple of them already available in the Microsoft Store, but other than that, the headset included with the Xbox One console at launch is all we have. 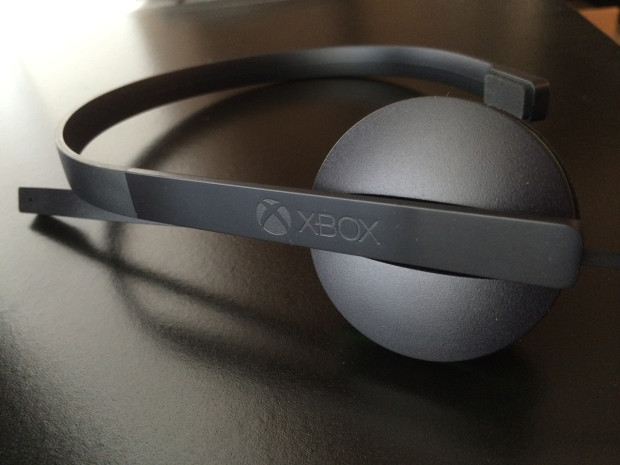 The included headset is pretty cheap, which isn’t surprising, but perhaps its biggest feature is the inline controls that allow you to adjust the volume and mute your microphone at any time, within thumbs reach. The buttons are even big enough that you don’t even need to look down to know if you’re hitting the right button or not.

The earpiece is covered in a traditional foam pad and the entire piece articulates a little bit so that it can provide a one-size-fits-all experience and contour to most heads. Connected to the earpiece is the extended microphone; it can fold up for easy transport and can be fitted for both left and right-handed folks (right handers usually talk on the phone with their right ear, while left handers use their left ear). Of course, you don’t take off the earpiece and put it on the other side of the headset, but you simply just swivel the microphone to the other side, so that you’re essentially wearing the headset backwards in a way. 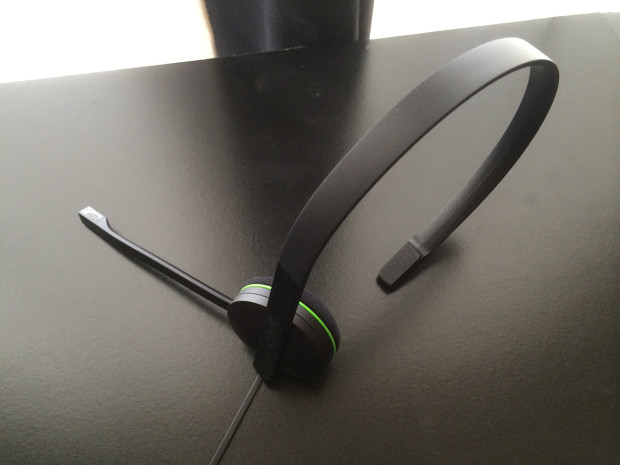 The headset is also adjustable, but you wouldn’t tell just from looking at photos. In turns out that instead of the headband adjusting (like on most headphones and headsets), the earpieces moves up and down the headband (pictured below). It’s kind of weird at first, and for the first couple of times using the headset, I had no idea it was adjustable since I didn’t see anything on the headband that indicated such a thing.

Microsoft made a big deal about the audio quality of the Xbox One headset and the supporting Xbox One and Xbox Live service, and it’s worth making a big deal out of. While using the Xbox One headset to talk to friends in FIFA 2014 and in Party mode, the audio quality was very good. I talk to these two friends daily on iPhone and Android devices using AT&T, Verizon and FaceTime Audio, and the Xbox One chat blew all those other voice services out of the water in terms of clarity and overall readability.

While phone call quality falters sometime during the call, we could speak normally and sound good on both ends of the conversation with the Xbox One controller. It’s good enough that I don’t mind waiting until February for third-party headsets, and the new proprietary port on the Xbox One controller allows for faster transfer speeds and more data to be sent and received, according to Microsoft, so third-party Xbox One headsets should see a huge improvement over their Xbox 360 counterparts.

Microsoft is selling its Xbox One headset for $25 in the Microsoft Store, which doesn’t make much since for single gamers, since one comes in the box with the console, but if you have multiple gamers in your household that enjoy chatting in-game, Microsoft would be happy to sell you extras.

Josh Smith contributed to this report.