The NHL 15 release date is scheduled for September and hockey fans are in for a treat with new features that will make gamers jump at the chance to upgrade to the new version, especially the Xbox One and PS4 NHL 15 releases which can deliver better graphics to show off these new NHL 15 features. 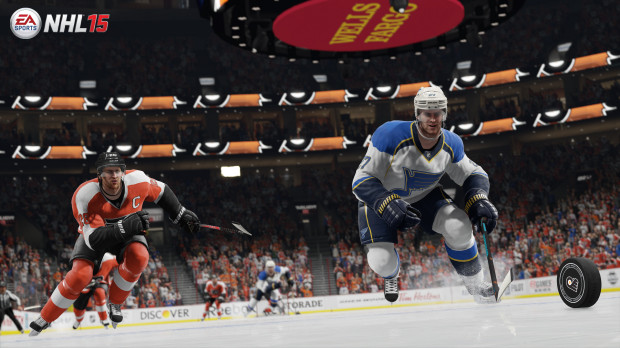 Check out three exciting NHL 15 features coming for the Xbox One and PS4.

The NHL 15 release is bigger news than normal for Xbox One and PS4 owners, who did not get to play a hockey game on the new consoles last year. EA Sports focused all the attention on the older consoles last year, and from the looks of things, is pouring a lot of effort into delivering exciting new upgrades and NHL 15 features for 2014.

Gamers can pre-order the NHL 15 PS4 and Xbox One for pick up on September 9th. There is also a PS3 and Xbox 360 NHL 15 release on the same day, but not all the features arrive on the older consoles.

The NHL 15 release brings the first look at a new player designed for the Xbox One and PS4 NHL 15 game. This includes a three layer process to give the body, layer and jersey movement of their own. The video above shows these NHL 15 graphics upgrades for the PS4 and Xbox One.

The new player models include more realistic looks thanks to jersey modeling and will result in more realistic puck deflections. Gamers will also see more realistic facial expressions from your favorite NHL superstar and custom celebrations add to what gamers can do in NHL 15.

The Xbox One and PS4 NHL 15 release date also delivers a major physics upgrade that EA says will help capture the “unpredictability and physicality” of NHL.

With the power of the Xbox One and PS4 every player on the ice gets physics applied, and multiplayer collision physics help deliver more realistic collisions between more players fighting for the puck. 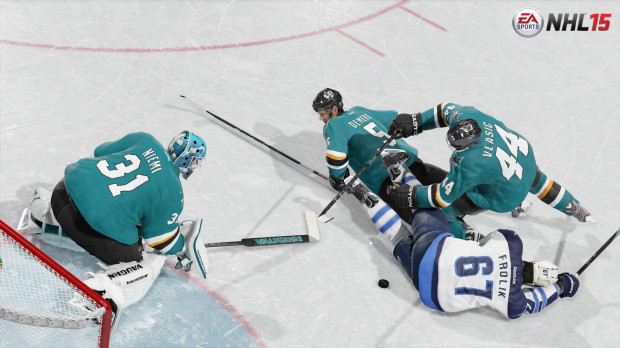 The NHL 15 physics upgrades deliver a better experience on PS4 and Xbox One.

NHL 15 puck physics are also upgraded allowing the puck to hop over a stick, squeeze through small openings and deflect in new ways to deliver a more realistic NHL experience.

Get ready for better stick handling with the NHL 15 release date, which puts the control in your hands with the right analog stick.

This upgrade allows you to toe drag around a defender, spin-off a block and more to move around like a pro and score shots that would otherwise be impossible in previous versions of the game.

While this is awesome for offense, if your opponent messes up and tries to stick handle like a minor league prospect you can deliver a crushing check and take over possession. EA Sports says this will let you embarrass defenders and create scoring opportunities, once you master the controls. 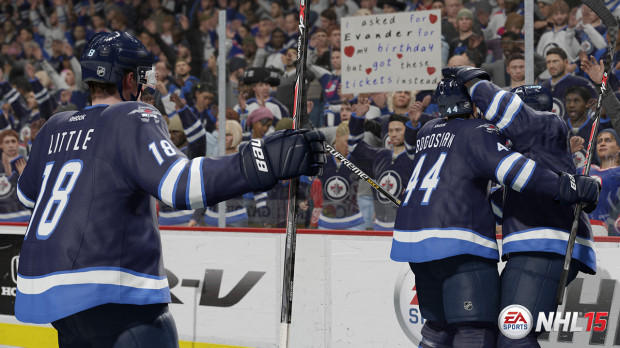 The NHL 15 PS4 and Xbox One games offer major enhancements.

In addition to these exciting new NHL 15 features, EA adds authentic arenas, more lifelike crowds and a new commentary team to the game. Crowds now include four times the animation, super fans in costumes, signs to make you laugh and an attitude that changes with the game.