Update: A Microsoft spokesperson states, “All Day One pre-orders will be fulfilled as planned at launch.” More information about the issue.

When ordering our Xbox One Day One, we assumed it came with a promise for release date delivery, but a close look shows the Xbox One Day One only guarantees, “a commemorative controller and an exclusive achievement.” 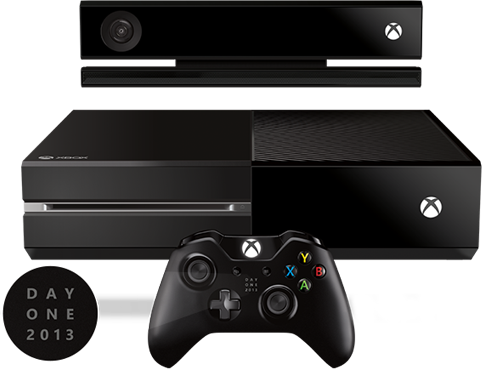 Microsoft does not promise an Xbox One Day One edition on release date.

When looking at the Xbox One Day One in the Microsoft Store, the company does offer a better explanation of this bundle with a disclaimer that shoppers can expect, “Street date delivery to most metropolitan areas. Additional transit time required for some locations.”

Best Buy advertises the Xbox One Day One edition with a pitch to , “Be first to experience Xbox One with the Day One Edition, available in limited quantities.”

At this time there are no Xbox One Day One pre-orders available for shoppers, online or in retail stores, but Microsoft Studios vice president Phil Spencer is confident that shoppers, especially parents can walk in and buy an Xbox One on the release date without a pre-order. Despite Spencer’s overflowing confidence it looks like there may already be trouble for shoppers who believe an Xbox One Day One pre-order means they will get to play on Day One.

Best Buy responded to our question about an Xbox One release date slipping to November 30th for an in-store pickup of a Day One edition with news gamers definitely don’t want to hear.

Best Buy’s customer service provided the following explanation to us,

“In addition, Best Buy and other retailers holding pre-orders on the XBOX ONE: DAY ONE EDITION have no control over the number of units the manufacturer would provide on it’s release date, however, all retailers including Best Buy, are in constant communication with Microsoft so we may be able to comply and meet the demand of all these pre-orders. Should it occur that stocks would run out, the last customer on the waiting list will become the first customer in line for the shipment of the next batch of the XBOX ONE: DAY ONE EDITION.

With this procedure, you are guaranteed an XBOX ONE: DAY ONE EDITION as long as there is a sufficient number of the item and you will also be able to pick up the item on the scheduled date within the time frame.”

As the response spells out, the Xbox One Day One edition is all ours on the release date, as long as they have enough on hand. The confusing part about this is that the availability is not based on the date gamers ordered the console as several Gotta Be Mobile team members who ordered months later for delivery or in store pickup in San Francisco still see a November 22nd delivery or pickup.

Gamers with an Xbox One Day One pre-order from Target aren’t safe either, as one shopper may not get his Day One edition until December 3rd.

So my personal Xbox One pre-order story is not going so well. In short, despite spending an hour on the phone with various Target.com employees, the best window that Target can offer for delivering my pre-ordered Xbox One Day One Edition is November 27-December 3

According to an insider at Microsoft Best Buy’s response is not on the money and we should expect to play the Xbox One on November 22nd, but given Best Buy’s response, issues at Target and no official confirmation on Microsoft’s website or store, the real Xbox One release date for Day one editions may not be on day one.