One thing that usually gets lost when discussing consoles is the things they do besides just letting users play video games. If the market  stayed true to its original roots, that wouldn’t be a problem. Today, gamers and console buyers come in all different sizes and with all different expectations. Take Microsoft’s Xbox One and the Sony PS4 consoles for example.

Ever since Microsoft added Netflix and Hulu Plus to its portfolio of applications on the Xbox 360, it, Sony and Nintendo have been in an arms race to add access to as many services as possible. That’s great for end users, Microsoft’s own research shows that 50% of all Xbox LIVE activity is actually users powering up their console to listen to music, watch a television shows or browse the web in Internet Explorer.  Today Xbox 360 and PS3 users have more content than ever. However, the Xbox One and PS4 aren’t exactly in danger of eclipsing their earlier counterparts at launch. So how does each measure up content wise? 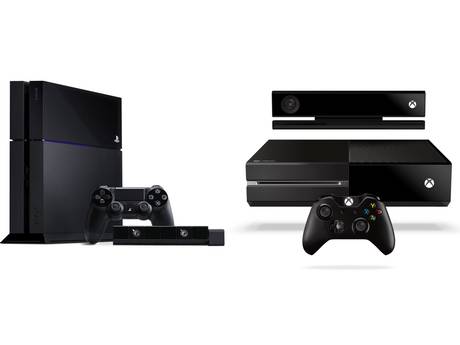 The Xbox One suffers from the same issue as well. Users can expect it to have Xbox Fitness, Xbox Video, Xbox Music, Skype, SkyDrive, Amazon Instant Video, Crackle, CW TV, Fox Now, FX Now, Hulu Plus, Machinima, MUZU TV, Netflix, Target Ticket, TED, The NFL on Xbox One, Univision Deportes, Verizon Fios TV and VUDU. When compared to the Xbox 360, there’s a big deficit here. Music apps like Rhapsody are missing and so are big players like the Comcast Cable and Time Warner apps that users enjoy today.

Luckily, Microsoft is supplementing the giant hole in its app line up with hardware and console features that users can’t get on the PS4. Xbox One’s OneGuide will use the console’s HDMI pass through to allow users to watch live television being broadcast to it by the user’s cable box. That functionality comes complete with an infrared remote blaster too. This way users can control their television set with just their voice.

Xbox One users will also can stream content from their Windows PC or tablet directly to the console using DLNA technology. And there’s still DVD, Blu-Ray and CD playback too.

Of all those features, Sony’s PS4 offers just Blu-Ray and DVD playback.

Unlike with the first first-party games, and other technology, the comparison between the entertainment features of these two consoles isn’t even close – but that isn’t a surprise. Sony told users that it would make the greatest gaming console it could. The PS4 is a great gaming console and that is the problem. While the Xbox One is gearing up for a fight against entertainment consoles like the Apple TV, Sony is busy fighting last generation of gaming’s war. Don’t get me wrong, Microsoft’s sacrifices aren’t lost on me. The Xbox One’s price tag isn’t cheap by a long shot. However, users really get more features for the extra $100 that separates the Xbox One from the PS4.

Users who want a gaming console can’t go wrong with the PS4. Users who want an entertainment console for the entire family should clearly get an Xbox One.

The PS4 launches tomorrow, November 15th for $399, while the Xbox One launches November 22nd for $499. Unfortunately, pre-orders for both consoles are sold out.