XCOM: Enemy Unknown For iOS To Use Cloud Saves

This summer 2K Games will bring XCOM: Enemy Unknown to the iPhone and iPad, complete with cloud saving and a free multiplayer update sometime after release.

According to Polygon, the iOS version of XCOM: Enemy Unknown will feature cloud saves so users can start the game on their iPhone and pick it up later on their iPad or vice-versa. The feature makes it easier for gamers with multiple devices. By putting game saves in the cloud gamers can play their game on any device they have handy without fear of repeating missions. 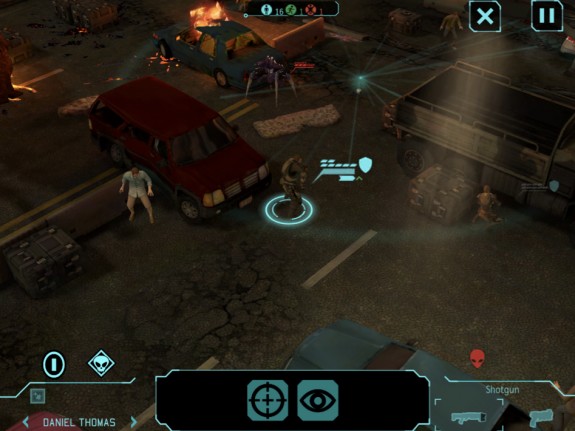 When the game comes to iOS sometime in the next few months it will only let players play the single-player campaign. A future update, however, will enable multiplayer, letting gamers compete against their friends in turn-based strategic combat.

When 2K Games announced XCOM: Enemy Unknown for iOS earlier this year, the company said it would port the entire console and PC game to the iPhone and iPad. All of the integral cutscenes in the campaign as well as environmental features such as destructible environments and fog of war are still there, but a few things didn’t make it into the mobile version.

Specifically, the iPhone and iPad version of the game will have lower-resolution textures and fewer maps. That likely means the game will cycle through the map selection through the course of the game, leading to slightly less variety in combat scenarios. With different enemy types and tactics, however, maps should play differently each time.

Both the lower-resolution textures and fewer maps are due to hardware limitations of iOS devices. While the iPhone 5 and newest iPad are powerful, they aren’t as powerful as a gaming PC, and not quite on the level of the Xbox 360 or PlayStation 3.

During its demo of the game Polygon said it didn’t discover any recycled maps.

XCOM: Enemy Unknown will come to iOS sometime this summer with a “premium app price.”