Strategy RPG XCOM: Enemy Unknown will come to the iPhone and iPad this Thursday, June 20, with a price that reflects its status as a port of the fantastic console and PC game.

XCOM: Enemy Unknown will cost $19.99 when it comes to iPhone and iPad later this week. The price is higher than most other games in the App Store, but as a port of a console and PC game, XCOM: Enemy Unknown is almost cheap at $20. The Xbox 360, PlayStation 3 and PC versions of the game all cost $40 for what is essentially the same game. 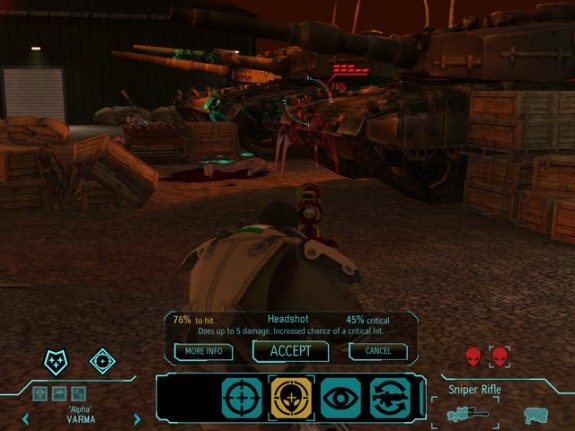 The iOS version of XCOM: Enemy Unknown won’t have every feature of the console and PC version, however. In order to make the game fit on iOS devices and run well 2K Games removed some of the maps in the game, which may lead to some recycled maps for gamers. The textures are also lower resolution than the other versions. The changes shouldn’t make the game any less fun for iOS gamers, however.

The iPhone and iPad version of XCOM: Enemy Unknown also won’t support multiplayer at launch, though a patch will bring support for online play sometime after release. Gamers won’t have to pay extra for multiplayer modes.

XCOM: Enemy Unknown will support cloud saving over iCloud and Game Center Achievements on iOS. With cloud saving gamers can play the same save game on their iPhone and iPad without worrying about replaying missions. The feature makes it easy to decide which device to play the game on: just use whatever iOS device is easily accessible at any moment.

As a strategy RPG XCOM: Enemy Unknown should work very well on touchscreen devices. The turn-based nature of the game also makes it great for short bursts of play. Gamers can easily launch the game, play a few turns of a mission then pick it back up later. The only hard part is remembering exactly what strategy you had in mind when you made those first few moves against the invading aliens after picking up the game mid-mission.