When Apple launched Siri, the voice-controlled personal assistant that comes included on the iPhone and iPad, it had no competition, easily allowing the company to charge ahead of its rivals in the natural user interface market. Now with new video detailing a secret Yahoo project to create its own Siri-like app, it’s clear that Apple could be in danger of losing that edge.

As detailed in a report at Android Police, Yahoo is using the technology it acquired when it purchased SkyPhrase to build an application that will allow users to communicate with their devices. Allegedly, it will work in the same way the Apple’s Siri allows users to talk to their handsets and find out information about their surroundings.

The app, which the report and accompanying video call Yahoo! Voice Assistant, doesn’t just have Siri’s ability to listen to the users voice and search for information. The report also indicates that Yahoo may have packed in technology that allows the app to seek relevant information for users by monitoring their location and more. Unfortunately, neither the leaked screenshots nor video included in the report showcase any type of Google Now-like functionality in action. The pictures and video do show the application running on a device with Google’s Android operating system. 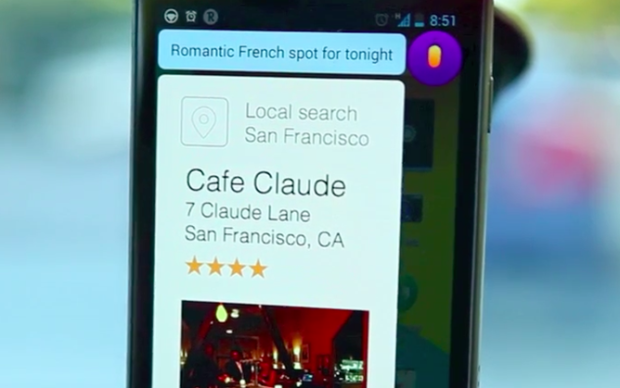 Yahoo attempting to clone Siri wouldn’t be a big deal on its own. After all, most of the company’s mobile apps duplicate functionality from other built-in apps on iOS and Android. What Apple should really be worried about is the amount of rival tech companies all planning products that are designed to take its crown as a leader in what industry insiders call natural user interfaces.

By empowering users to interact with the devices through voice, gestures and other information like their GPS location, device and software makers are able to break down the barriers for users who typically have a hard time adapting and interacting with new technologies. If Apple has staked its reputation on anything other than beauty, it’s easy of use. Advancements in the space by other companies could damage Apple’s reputation as the biggest  user-friendly technology company around.

That’s why rivals for Siri have popped up everywhere. Google Now has been available on both Android and iOS for some time, and Microsoft is rumored to be developing its own personal assistant too. It’s code-named Cortana.