Word out of Blogee.net is that Samsung is working on a 10″ Windows 7 tablet with a slide-out keyboard called “Gloria”. A year ago, this would have been regular sane news. Post-iPad, it’s somehow a crazy rumor. 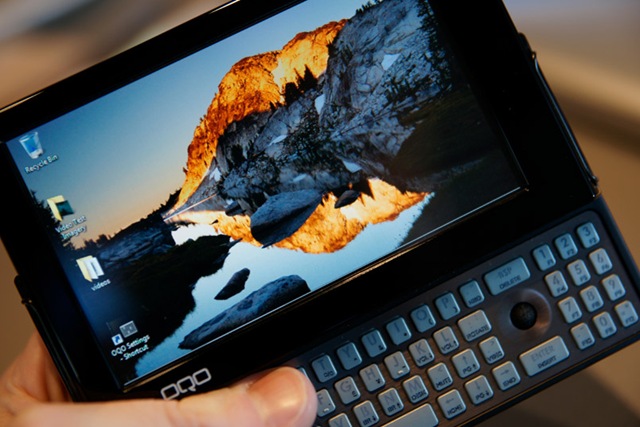 Over at Engadget, they’ve filed this in their “crazy rumor” inbox. Meanwhile, Gizmodo questions if we even need such a thing. Now, as with any rumor, maybe it’s true, maybe it’s not. That’s not what’s I’m questioning. What I don’t get is why, at a time when everyone is trying to differentiate their tablets from the iPad, anyone would dismiss the idea of a tablet that is different from the iPad, particularly when it’s not a new idea.

For a Windows tablet with a slide-out keyboard, we needn’t look any further than the OQO and the HTC Shift. The now discontinued OQO featured a keyboard that slid straight out for operation while held in hand. The keyboard on the HTC Shift slid out and angled for operation on a desk surface. Obviously, neither product set the world on fire like the iPad has, but these were great designs and they had their merits. 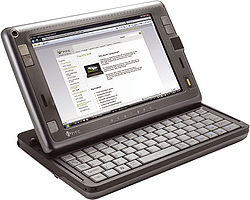 Now, a straight sliding keyboard on a 10″ tablet does sound clunky, but this is a rumor so nothing is definitive. For all anyone knows, it could slide and angle, just like the HTC Shift or that netbook-to-convertible-tablet mod from a while back. One little detail and the rumor shifts from crazy to awesome.

Finally, let’s not forget that Samsung helped kick off the UMPC form factor with the Q1, which added a built-in keyboard in a later version. They were making tablets running Windows long before they pushed out any Android-based devices, and they still make Windows-based netbooks. A Windows-based tablet with keyboard sounds to me like something Samsung would build. Yes, it’s a rumor. No, it’s not that crazy.