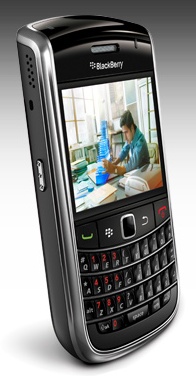 My wife recently clued me in to a term she and the ladies in her office have been using: BlackBerried. Here’s how it’s used.

“I’m working with this client and he forgot to specify form of payment. So I email him and ask if he wants his money in gold bars or platinum coins. He emails me back ‘yes’. I got BlackBerried.”

Basically, in their usage (and no, they don’t process payments in precious metals), “BlackBerried” means they received a brief email response that doesn’t actually answer the question being asked. It’s associated with BlackBerries because of how people shoot off emails from mobile devices without really paying attention and because BB is so strongly associated with mobile email.

Searching the web, I found a similar but reversed use for the term on Mail Online. In that case, the term was used to describe an accident or near-accident happening to someone using a mobile device while walking. For example, if you’re typing away while crossing the street and get smacked by a cyclist, you got BlackBerried. Also a couple of entries on Urban Dictionary, but they kind of suck, as well as basic verb usage of BlackBerry.

I am biased on this, but I prefer my wife’s use of the term. If you get into an accident because you’re too busy working your handheld, that’s really your own fault. On the other hand, in my wife’s usage, the victim is on the other end of the device, getting BlackBerried by the careless user. Either way, I’m sure RIM won’t be pleased to know their device name is being used as a negative verb (although it’s not like they got hurt by the term “CrackBerry”).

Anybody else have a preference on this, or maybe have your own mobile device lingo to share? Here’s another: Instead of that “Sent from my iPhone” signature on emails sent from iPhones, how about simply sign it “iPhoned”? (For the record, I don’t use signatures in my mobile email except for ironic purposes. Sent from my iPhone.)