By this point it is clear Apple is working on a new iPhone for 2014 that many call an iPhone 6. We’ve brought you many iPhone 6 concepts and several alleged iPhone 6 videos that show how thin this new phone might be.

Now we’re back with something really cool — iPhone 6 headphones that can track your heart rate, blood pressure and more.

Smart head phones may sound like science fiction, but a leak, an Apple patent and a key Apple hire all point to the potential for the most advanced iPhone headphones ever to arrive with the iPhone 6 this fall.

At first, smart earbuds that can monitor all of this information also sound like a large unwieldy contraption that would have the style benefit of wearing Google Glass, but thanks to advances these could be almost the same size as a pair of regular headphones.

The headphones below look like a simple pair of headphones geared towards running, but these are actually fitness headphones from Intel that can capture a user’s heart rate and send it to a companion app to help with personal training and to pick the best music  to motivate you to run faster or harder depending on your heart rate. This version of smart earbuds uses a headphone jack for power so there is no need for a battery. 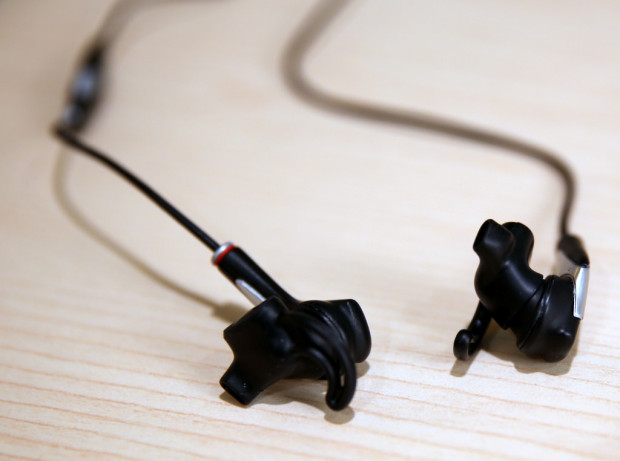 This pair of smart headphones that can track your heart rate isn’t just a trinket Intel decided to show off at CES, the company says that it plans to release them in the middle of 2014 and is working with an un-named partner to make this happen.

Much of the attention is on the actual iPhone 6, which we expect will arrive with a thinner design, a bigger screen and a new look, but this week the attention turned to an official Apple accessory that might work with the iPhone 6, iPhone 5s and iPhone 5. The iWatch is old news as far as rumors go, but the new Apple wearable might be something anyone is comfortable wearing, a new pair of smart white iPhone earbuds.

The first clue arrived on an iPhone app called Secret, where users can anonymously share juicy gossip, confessions and secrets. A users shared three potential iPhone 6 earbud features with the community. Here’s what the individual claims Apple is working on;

There is no way to check this individual’s accuracy, but allegedly it comes from a disgruntled former Apple employee. Alone this rumor is juicy, but again tough to get excited about without verification. 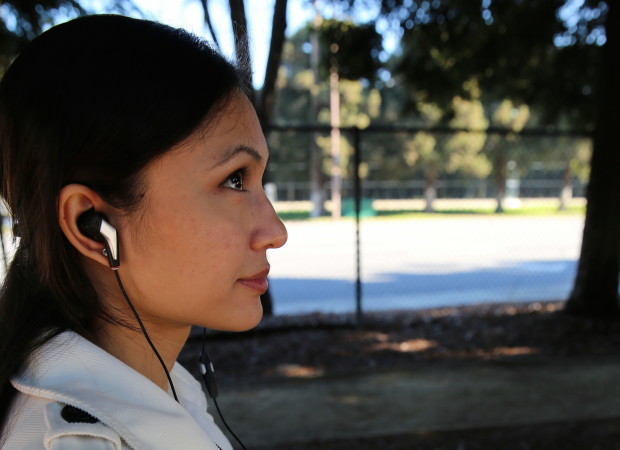 This is where things start to come together. An Apple patent from 2007 shows a method of including a variety of sensors in a pair of headphones. This patent focuses on a clip that attaches to an ear or a patch that attaches to the skin, but advances in sensors could simplify this setup to something like you see above. There are also sketches that show sensors embedded in an earbud, like the Intel headphones.

The patent describes the smart Apple headphones as,

“In one embodiment, the present invention can include headsets having one or more integrated physiological sensors. The headsets can be, for example, headphones for receiving audio signals from a media device or headsets for communication with cellular telephones. The sensor signals can be transmitted to a data repository through the same communication channel through which audio signals are transmitted to the headset (e.g., hard-wired or wireless).”

Adding to this rumor of health tracking headphones from Apple is a report on MacRumors that Apple hired an MIT grad with an expertise in tracking health data from ear-worn machines. A source tells the publication that Apple hired Eric Winokur who will soon be working with Apple, likely on something like these secret Apple EarPods that can track heart rate and more.

In 2011 Winokur described his work with ear-worn biometric tracking to ABC, talking about a device that, “… measures heart rate and blood pressure at your head, and could help doctors track conditions like high blood pressure more accurately and continuously to better personalize treatment.”

If Apple is working on smart EarPods that can track important fitness data they could arrive around the release of iOS 8 and the iPhone 6. Rumors point to a major health focus in iOS 8, which we may learn about during WWDC 2014 in early June. An iOS 8 HealthBook app may store various pieces of health data that is tracked by an iPhone 6 or iPhone 5s with many sensors, an iWatch or in the case of this rumor smart earbuds.