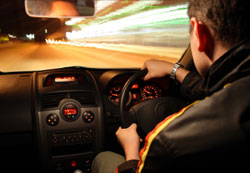 Interesting piece from MSNBC’S Open Channel that once again shows how far technology is racing ahead at a pace that is often impossible to wrap our heads around. Did you know that many cars contain the equivalent of a “black box” on an airliner? Perhaps you did. But did you know that the data that these devices are recording are being increasingly used in court cases to demonstrate driver behavior prior to an accident?

We all know that cars have become more computerized both in attempts to maximize performance, and also to add to convenience. But with this advent in technology comes the Event Data Recorder (EDR) module which can record driver data like braking behavior, speed, and steering. In some cases they can record up to 15 different data points.

In my mind this has been inevitable for some time. We’re increasingly tracked and recorded in a number of ways that some pay attention to but others don’t. But apparently some are shocked by the fact that EDRs are installed in over 85% of vehicles on U.S. highways. Apparently the pace of the technology vs laws about collecting evidence aren’t exactly moving at the same rate of speed so there is some friction there.

Read the article and let us know your thoughts about this.