Your Fridge May Be a Warrior in a Cyberattack

On the super information highway we call The Internet of Things it is all about turning dumb devices into smart ones connected up to the Internet to deliver information, home automation, and essentially improve our lives. Of course plugging into the Internet in any capacity these days brings a certain amount of risk to your privacy and your data. But did you think that your refrigerator might be a botnet warrior in a cyberattack. Well, apparently at least one smart fridge was. 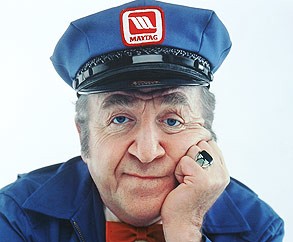 According to a report from Proofpoint, a leading security services provider, a global cyberattack that took place between December 23, 2013 and January 6, 2014 featured over 750,000 emails sent from over 100,000 devices including routers, home media centers, smart TV sets, and at least one refrigerator. From a press release:

The attack that Proofpoint observed and profiled occurred between December 23, 2013 and January 6, 2014, and featured waves of malicious email, typically sent in bursts of 100,000, three times per day, targeting Enterprises and individuals worldwide. More than 25 percent of the volume was sent by things that were not conventional laptops, desktop computers or mobile devices; instead, the emails were sent by everyday consumer gadgets such as compromised home-networking routers, connected multi-media centers, televisions and at least one refrigerator. No more than 10 emails were initiated from any single IP address, making the attack difficult to block based on location — and in many cases, the devices had not been subject to a sophisticated compromise; instead, misconfiguration and the use of default passwords left the devices completely exposed on public networks, available for takeover and use.

If you’re like me you have to asking yourself, what’s next? The Internet of Things is growing and so too are the threat vectors that can be associated with it. Will consumers who might be smart enough to take security and privacy precautions on a smartphone or other mobile device do so on a home appliance? On their car? When you get that notification from your fridge-of-the-future that it’s time to make a beer run, is your ice box helping to freeze up some server with a DDoS attack? We already know the Feds have access to most of our communications and can turn on microphones and cameras remotely. What will they be able to turn on and off with our home appliances?

Maybe this will mean an entirely new line of work for the Maytag repairman.