Smartphones are taking over the shelves at Verizon, but the carrier hasn’t forgotten about your parents and basic cell phone users.

I knew that the selection of “basic phones”, as Verizon calls them, would be limited, but I wasn’t ready for what I found when I helped my father-in-law buy a basic flip phone before the new $30 per line upgrade fee goes into effect.

After touring row after row of smartphones we found the basic phone section, tucked away in the corner. 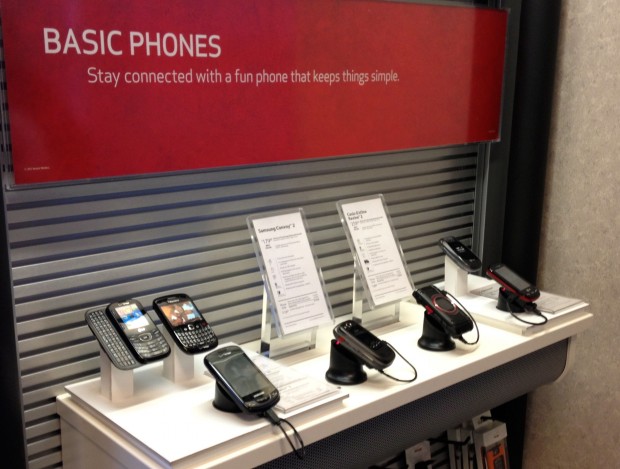 While looking at the prices and descriptions I was sure that there was some mistake. The Samsung Convoy 2, a basic flip phone, retails for more than an iPhone 4. More than the 4G LTE LG Lucid that Verizon just sent over for review.

I joked that the next time he picked out a phone he wouldn’t be able to buy a basic phone. It’s not that he doesn’t want a smartphone, but he’s not ready to spend $30 a month for two more lines.

Verizon is Committed to Basic Phones

The good news is that the next time he needs to buy a phone, he’ll still have a basic phone option. Verizon spokesperson Laura Merritt tells GottaBeMobile that Verizon hasn’t forgotten the flip phone.

“Increasingly customers are switching to smartphones and we have a portfolio that offers them a number of options, however we recognize that many of our customers prefer a simpler phone.” says Laura Merritt, adding, “Basic phones are an important part of our portfolio and we will continue to give customers basic phone options.” 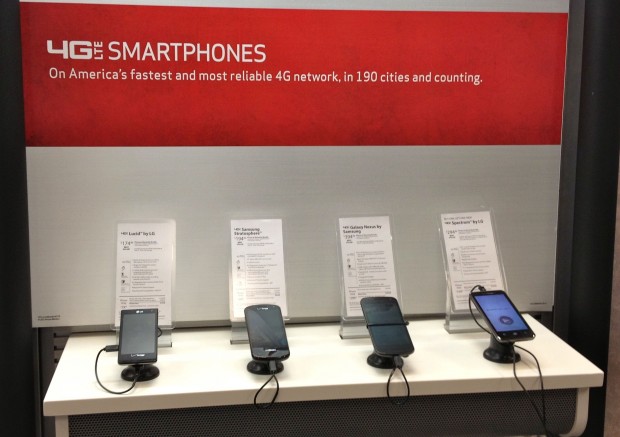 Why Flip Phones Are So Expensive?

Carriers used to give away flip phones, but these days it’s cheaper to get a iPhone or even a 4G LTE Android phone because carriers can count on a steady stream of cash for the next two years.

$20 in up front savings isn’t noticeable after factoring in the $720 more expensive plan required by smartphones.

I’m ignoring the cost of the minutes here as there is no way to buy a phone without minutes.

It’s not that my Father-in-law couldn’t use a smartphone, it’s the lack of a family data plan that prevents him from joining the world of apps and mobile connectivity. This is the same reason my parents don’t have smartphones.

I know my dad would choose a smartphone like the Casio G’zOne Commando for his phone or an iPhone with a rugged case because he’s hooked on the world of apps and video chat thanks to an iPod Touch.

It’s too late for my in-laws, but I see the 50% smartphone ownership jumping dramatically in the year after the introduction of a family share data plan.

Have you had similar experiences?