The ZAGG Flex keyboard is the perfect companion for the Nexus 7, transforming my favorite content consumption tablet into a tablet I can use to get work done.

Unlike the Nexus 7 keyboard cases that act as a folio, this keyboard is larger. This means better key placement, better key sizes and makes it easier to use the Nexus 7 when I’m not typing.

Roughly two inches longer than the Nexus 7 is wide, this thin keyboard is easy to carry with the tablet or toss in a bag for when work calls while on the go. 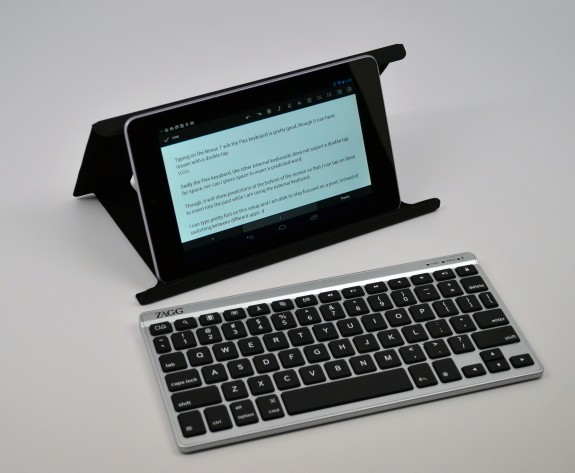 The ZAGGkeys Flex keyboard turns the Nexus 7 into a content creation tool.

The small portable Bluetooth keyboard from ZAGG includes a cover to protect the keyboard that doubles as a stand to prop the Google Nexus 7 or another device up for typing.

The keys are small but usable for a typing session without sacrificing speed or significant accuracy.

The biggest problem I experienced while using the ZAGG Flex keyboard was a missed second letter when typing a word like “letter”, but after slowing down my typing slightly this was less of an issue.

The keyboard is slightly larger than the Nexus 7, offering better key size and placement than cases.

The keys are flat, but have a good amount of travel. This is the distance a key moves when pressed. Keys with poor travel feel like typing on a brick, which is why I consider key travel a major factor in keyboards.

I typed this review on the Nexus 7 with the ZAGG Flex keyboard and didn’t have any more corrections than typing on the iPad with a mobile keyboard.

The arrow keys aren’t perfect for moving the on-screen cursor. If I hold the arrow key down, the cursor always moves way more than anticipated, but repeated taps work fine. The delete key is right next to the lock button, which leads to some accidental device locks.

Switch between iOS and Android support.

Unlike many keyboards that cater to specific devices, the Flex features a switch to toggle between iPhone or iPad support and Android support. The keyboard features a row of device keys to control the volume and media playback as well as shortcuts to cut, copy and paste. The top row also allows users to switch to go to the home screen or lock the Nexus 7. 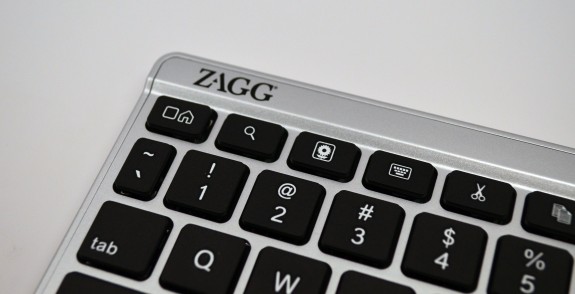 Shortcut keys span the top of the Flex keyboard.

There’s also support for keyboard shortcuts used on WIndows and Mac computers to highlight text and cut, copy and paste.

I’ve taken to carrying the ZAGG FLex with me almost anytime I leave the house with the Nexus 7. Even though I often leave it in the car, I like to have a keyboard with me after hours in case I need to get online to edit or if news breaks. This is signficantly faster than using the Android on-screen keyboard, even one as good as SwiftKey. 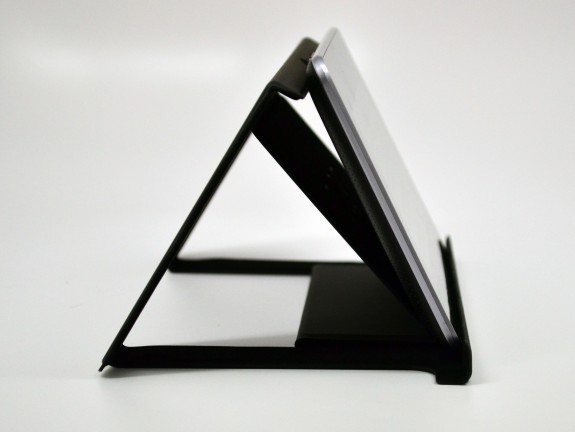 The case turns into a stand for the Nexus 7 or any other tablet or phone.

The ZAGGkeys Flex keyboard retails for $69 at ZAGG, and is a great Bluetooth keyboard for the Nexus 7, Android tablets, phones and the iPad and iPhone. 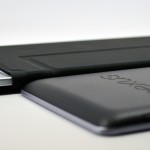 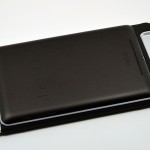 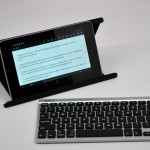 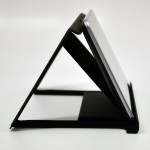 The case turns into a stand for the Nexus 7 or any other tablet or phone. 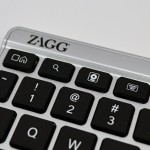 Shortcut keys span the top of the Flex keyboard. 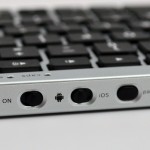 Switch between iOS and Android support. 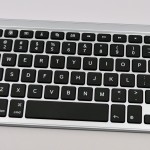 The keyboard is slightly larger than the Nexus 7, offering better key size and placement than cases. 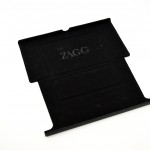 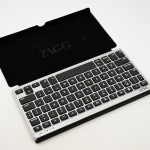 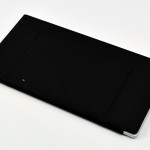 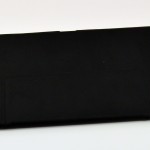 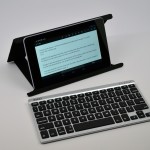 The ZAGGkeys Flex keyboard turns the Nexus 7 into a content creation tool.