The ZeroChroma iPhone 5 case is one of the most versatile iPhone 5 cases available, and a worthy followup up to the iPhone 4S ZeroChroma Teatro-S we enjoyed using last year.

Both of these cases use the trademark Theater-Stand with 360 degree angles. As the video below shows, this stand allows the ZeroChroma iPhone 5 case to stand in portrait and landscape modes and acts as a grip while reading books or browsing the web.

For the past month we’ve been using the ZeroChroma VarioClear and it lives up to the usefulness of the ZeroChroma iPhone 4S case, but we miss the tighter fit of the old model. 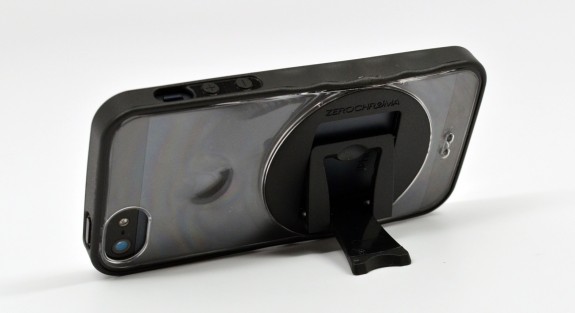 The ZeroChroma VarioClear 5 is a rubber case, that fits the iPhone 5 well, but there is a bit of play in the rubber edges, which detracts from the feel of the device. This leads to some movement and can cause a slight noise when picking up the case. That said, the rubber edge fo the case makes the iPhone 5 easy to grip thanks to four small indents on each side of the case. All ports and buttons are easily accessible.

The Theater-Style kickstand is the best part of the case. Thanks to 360-degrees of rotation and 11 angles in portrait or landscape the stand lets us use our iPhone better than the average case. 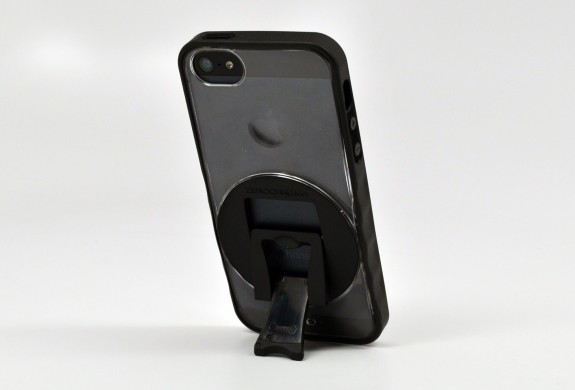 It’s easy to prop the phone up in portrait for longer FaceTime or Skype calls, or to keep an eye on notifications when the phone is on a desk. The landscape mode makes it possible to find the right angle to watch a TV show on Hulu Plus or a longer YouTube video.

The stand also doubles as a grip. The iPhone 5’s larger size can make it difficult to hold with one hand while hitting the far corners of the screen while in other slippery cases, but it’s possible to put the ZeroChroma stand, between fingers to get a solid grip for better extended reading or Reddit sessions. 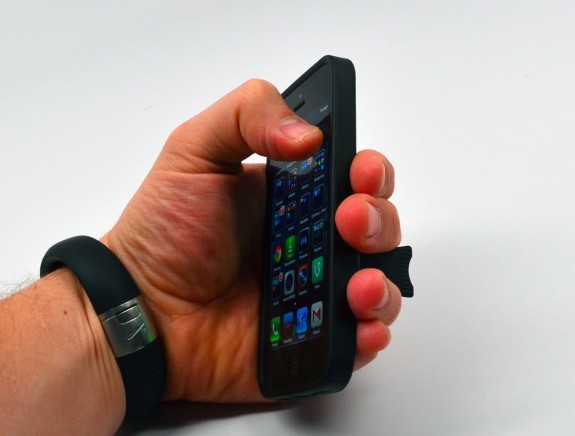 The stand also acts as a grip on the ZeroChroma iPhone 5 case.

The orange ZeroChroma VarioClear iPhone 5 case we used shows signs of dirt after several weeks of heavy use, but the black model looks much nicer.

The orange ZeroChroma is not as bright as it was out of the box.

Despite the wear issues and small complaints about the fit, the ZeroChroma VarioClear 5 is one of the best iPhone 5 cases available, offering protection during normal use and a kickstand that adapts to a users’ needs and hides when not needed. 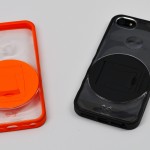 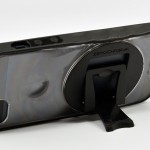 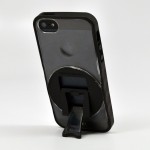 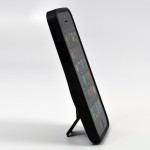 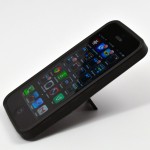 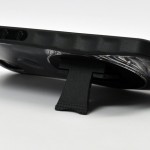