There are a ton of iPad cases on the market that make claims to uber versatility and multifnctionality, but few that actually deliver. ZeroChroma’s Vario-SC case and stand is one of the exceptions.

The idea behind this is so simple, yet so smart, that I wonder why more case makers don’t have something this good. Not only does the Vario protect your iPad, it also makes it easier to carry, hold, and set down wherever you need it, even if you need it on your lap.

As versatile as it is, I’m surprised the Vario-SC costs only $49.99. Together with the Smart Cover it still costs less than some fancier (and less useful) cases. 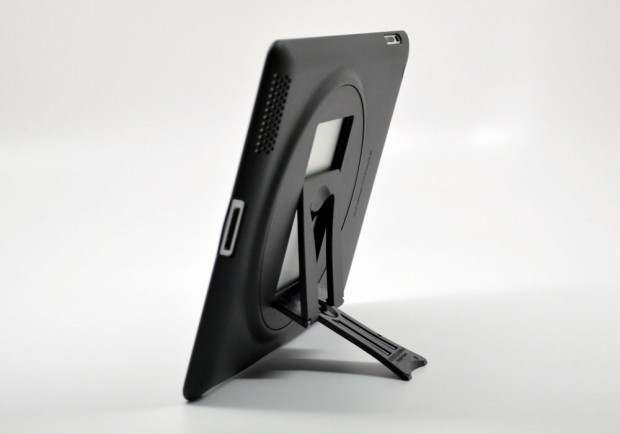 The case itself is made from a rubberized material that makes it easy to slip on, but also hugs the iPad well enough that I never worry about It coming off.

The rubberocity is mostly apparent when unlatching the stand on the back. It takes a bit of force — more on this later — and sometimes the case pulls away from the iPad a bit. Not enough that it feels in danger of coming off, though. 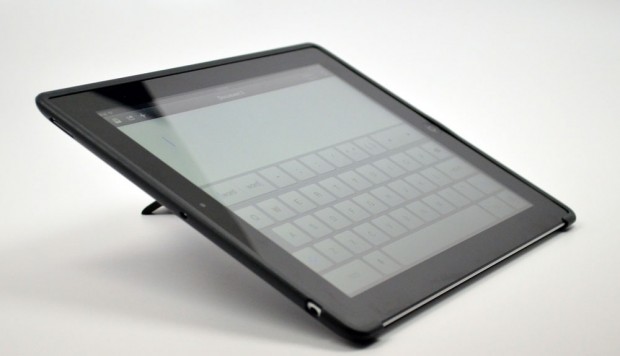 ZeroChroma claims that the Vario can protect the tablet from minor drops. Since it wraps around the front a little bit there is some protection from face-first accidents.

The cut-outs for the buttons and ports are all well-measured and I never have trouble getting at anything. A long cut on the left side leaves enough room to attach Apple’s Smart Cover, a feature I appreciate. 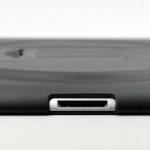 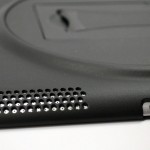 The case doesn’t get in the way of the Smart Cover when folded back, either, and can even utilize the cover for more versatility.

The matte finish feels good to hold and to carry. 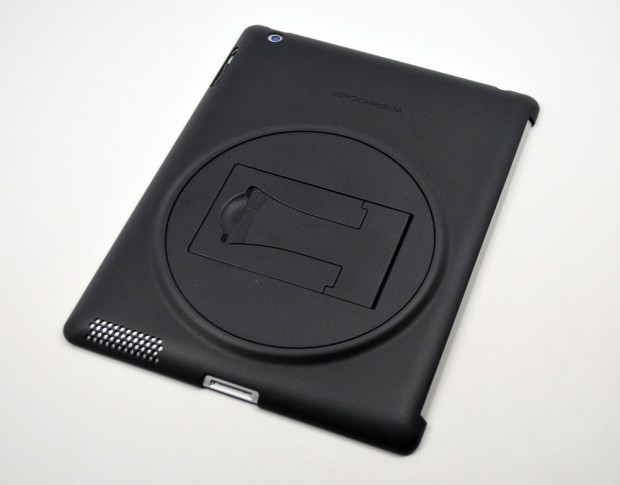 On the back of the case is the Theater Stand, the most important aspect of the Vario. When not in use, the stand snaps into place flush with the device. There is no danger of it coming out of the dock while in your bag because it takes a bit of force to get it out. This can get a little annoying sometimes, but is the only drawback to the design. 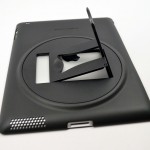 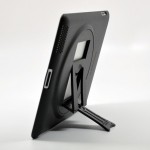 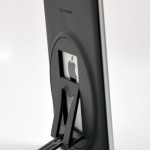 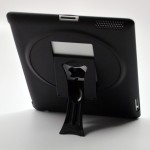 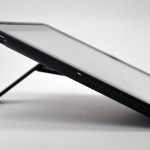 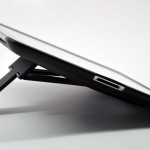 Stand the tablet upright for hands-free reading, sit it up at a slight angle for typing, or stand it up almost vertical and aim the camera at something you want to record. I found that each position holds pretty steady, so you’d have to put a lot of pressure on the iPad’s screen to get the stand to move, thus typing or even playing games isn’t likely to cause it to slip.

The Vario’s stand can also rest on the Smart Cover itself. This is useful when there’s no flat or stable surface to rest the stand on — rest it on the Smart Cover, instead. This makes an effective lap desk, especially in cramped quarters, such as a commuter train.

The stand also has a secondary function as a handle. You can hold the stand itself or hold the tablet and let the stand sit in the space between your thumb and forefinger. Because the stand is a thin, plastic object it’s not the most comfortable thing to hold. But I do find that using it as a sort of anchor resting on my hand makes holding the iPad for long periods bearable. 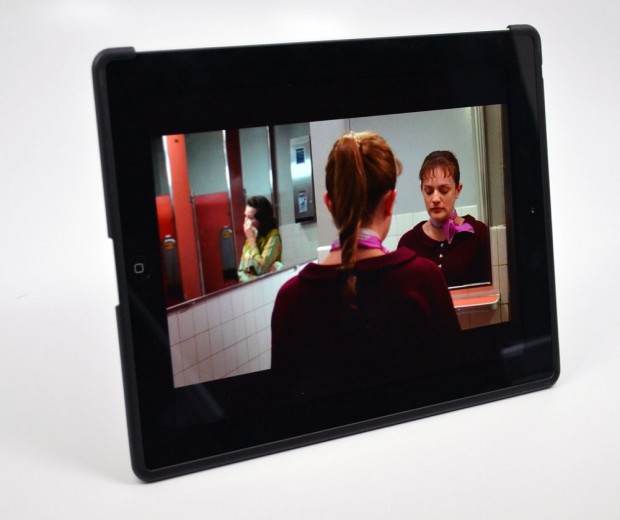 ZeroChroma’s Vario-SC is my favorite iPad 2/iPad 3rd gen case right now. It makes holding and using the iPad so much better thanks to the ability to stand it up anywhere. It’s even better paired with the Smart Cover.

If you’re not a Smart Cover fan, ZeroChroma makes a similar folio case called the Chamelio that incorporates both a stand and a screen cover.