ZTE Joins Windows Phone With ZTE Render for US Cellular 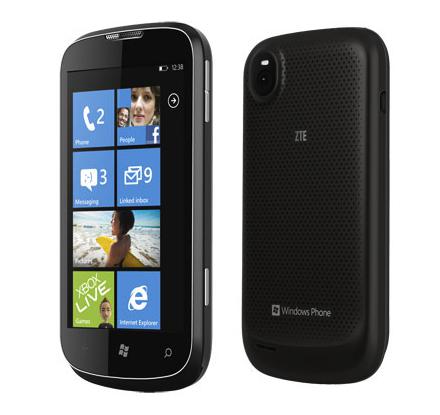 Still, the Render may be an affordable choice for customers of U.S. Cellular priced at $80 after a $100 mail-in-rebate. Pricing does require a two-year service agreement. However, it’s unclear if many will jump on the device given Microsoft’s more limited marketshare as well as the device being released with a soon to be obsolete OS.

The Render is a re-badge of the ZTE Orbit, which features a 4-inch WVGA display, single-core 1 GHz Qualcomm CPU, and 4 GB of internal storage. The device will also feature a 5-megapixel camera.

We had previously reported that customers who are looking to ZTE and Windows Phone 8 would have to wait until 2013, and it appears this will be the case as the Render is not a Windows Phone 8 device.