Though Microsoft’s mobile market share isn’t as big as its rivals, the Redmond, Washington-based software giant still makes quite a bit of money in the mobile space thanks to licensing fees. In addition to royalties that Microsoft collects due to licensing fees for select intellectual property licenses to Android manufacturers, Microsoft also collects revenue from Windows Phone manufacturers. The exact number has never been revealed before, but thanks to new Windows Phone licensee ZTE, we now know how much a Windows Phone 7 license cost. 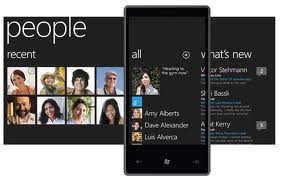 At the ZTE launch event in London for the Tania, ZTE executives revealed to Trusted Reviews that the company is paying Microsoft between £15 and £20 for each Windows Phone 7 device. That amount is equivalent to $30 per license on the high end.

It’s unclear how Microsoft will price its licenses in the future as the company attempt to target the entry-level and budget smartphone segment, which should start happening with the forthcoming Tango build of the mobile OS.