With Samsung’s success of the 5.3-inch Galaxy Note, a device that straddles the smartphone and tablet form factor and has been lovingly dubbed the ‘phablet,’ it seems other manufacturers have taken note of the Note. South Korean rival LG had debuted the LG Vu, which has a similarly large display in a smartphone at Mobile World Congress in late February and now emerging Chinese smartphone-maker ZTE is hoping to enter the market and get a piece of the action with two new phablets to launch by the end of the year. 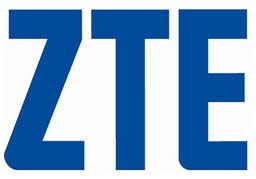 According to a report from Reuters, ZTE is hoping to further expand outside of China and increase profitability. As the company cannot reduce its costs for raw materials any further, the other route that ZTE could take as it tries to increase its market share in the consumer market is to increase the average selling price of its devices, which means moving from the low-cost entry-level market to a market that’s dominated by big name rivals such as Apple, Samsung, LG, Motorola, HTC, Sony, and others.

Though the larger 5-inch size of the Galaxy Note has been met with polarizing reviews–there are those who love the device’s portability when viewed as a tablet while others see the device as a smartphone that is over-sized–Samsung has announced the relative success of the device with about 1 million units shipped per month since inception. Though Samsung had popularized this form factor, it was Dell with its original 5-inch Streak that introduced the phablet concept.

The Galaxy Note, along with the LG Vu, also boasts another technology besides the larger, yet portable, form factor. That technology is in the form of an electro-magnetic digitizer pen, which brings additional capabilities to the device and increases its utility.