Taking pictures with an iPhone 6 Plus produces beautiful images, but the ZTYLUS Metal Series lens case for the iPhone 6 Plus can improve on an already great camera with a set of add-on lenses to transform ordinary iPhone pictures into works of art. That’s the promise from ZTYLUS. Read on and find out how well it does and how to get one for free from GottaBeMobile.

The ZTYLUS iPhone 6 Plus case and lenses kit adds 4 lenses or a ring flash attachment. The right light includes multiple color diffuser attachments, which mutes the harsh light while also adding a color filter or whitening the light.

Does the ZTYLUS iPhone 6 Plus case system improve a user’s photography experience enough to make it worth the cost and the added bulk of the case plus the attachments? 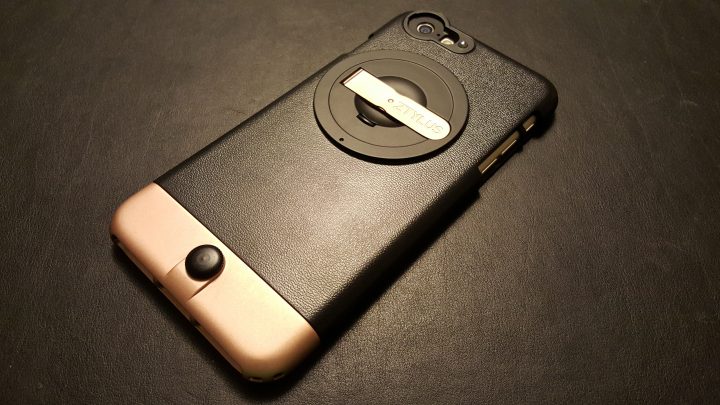 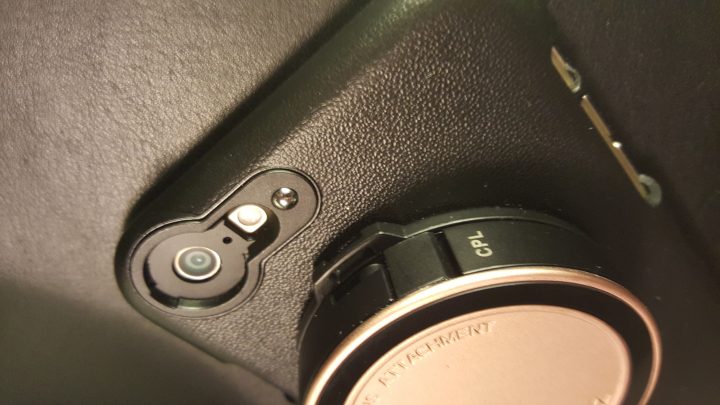 Notice the CPL label on the side of the 4-in-1 Revolver attachment.

The Rose Gold Limited Edition case fits snugly over the back and sides of the iPhone 6 Plus. The case comes in two parts. Unscrew a black thumb screw that holds the bottom metal part of the case in place. The bottom part covers the area of the phone from the screen to the bottom edge, but on the back instead of the front. Cut outs expose the speakers, mic, headphone jack and charging port. 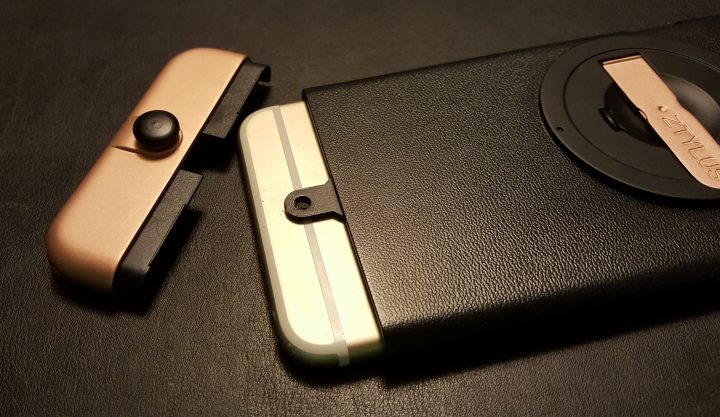 The thumb screw tightens to hold the lower part of the case to the upper part on the iPhone 6 Plus.

The top part of the case assembly is black and made of a hard shell to protect the back and edges of the phone while holding the attachments in place. Cutouts expose the buttons, the camera and flash.

A round disk on the back holds a kickstand. Remove this disk to attach the lens or the ring light attachments. A red dot shows the user where to align the attachments to easily insert them into the case’s back. Snap the attachment into place and turn it slightly to lock it into place. It’s a little difficult to attach.

A raised edge around the front gives it a lip that protects the screen when laying it face down. In fact, the case does a great job of protecting the iPhone 6 Plus. There’s no screen protection. The back and edges will get great protection from this case. 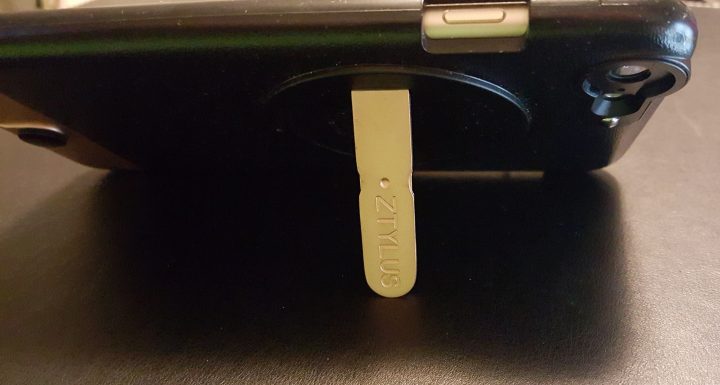 The kickstand makes the case useful even when you’re not using it to take photos.

The kickstand attachment makes the case useful for more than just attaching the lenses or the light. People who use their phone for viewing video will love this feature. It’s not as stable as I’d like. If the design allowed it to fold out a few more degrees would help it stand up with more stability. 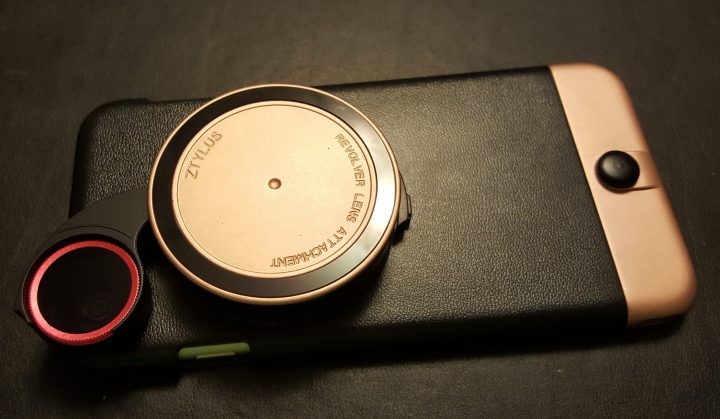 The 4-in-1 Revolver attachment with the CPL wide-angle lens. Take off the red ring to use the Macro lens.

The Revolver 4-in-1 lens attachment snaps into place on the back of the phone. Without the case, it’s useless.

The attachment rotates, snapping into the proper positions so the lenses can swing out to cover the iPhone 6 Plus lens. A red dot on the left side of the attachments closest to the power button on the iPhone tells the user which lens they’re ready to use. 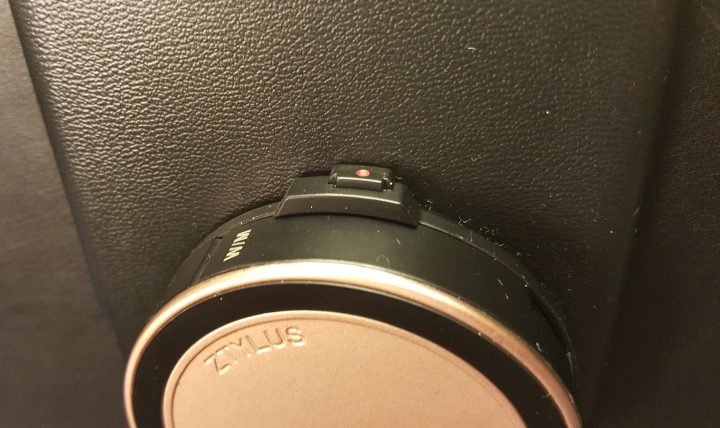 The button releases the attachment to release it from the case.

Slide the spring-loaded lens holder out so that it swings around to cover the phone’s camera lens. The lens changes the optics of the iPhone camera.

There are only three arms that swing out from attachment, but one of them holds two lenses, totaling four lenses in all. The wide-angle lens and the macro lens fit on the same arm. A detachable magnetic lens comes off the wide-angle lens to transform it into a macro lens.

The circular polarizer lens includes a dial. Spin it to change the look of the polarizer.

The ZTYLUS wide-angle lens almost doubles the field of view of the built-in iPhone 6 Plus lens. As a result, pictures will show more from the same vantage point. 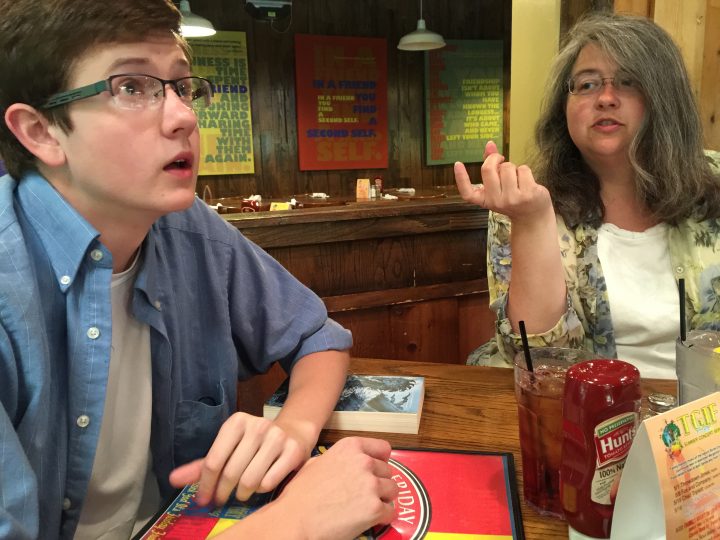 A shot with the wide-angle lens attached.

The above shot shows a photo taken without the wide-angle lens. The photo below shows one with. 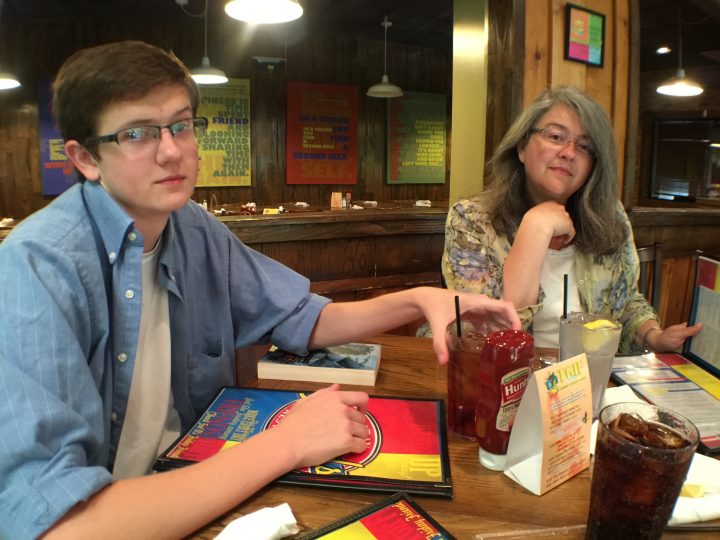 The wide-angle lens gives us a greater area of the scene.

A macro lens makes it possible to take extremely detailed photos that normal lenses can’t focus well enough to take without blurring the image. If a person tries to take this kind of close-up without a macro lens the shot will look like this image of a leaf below. 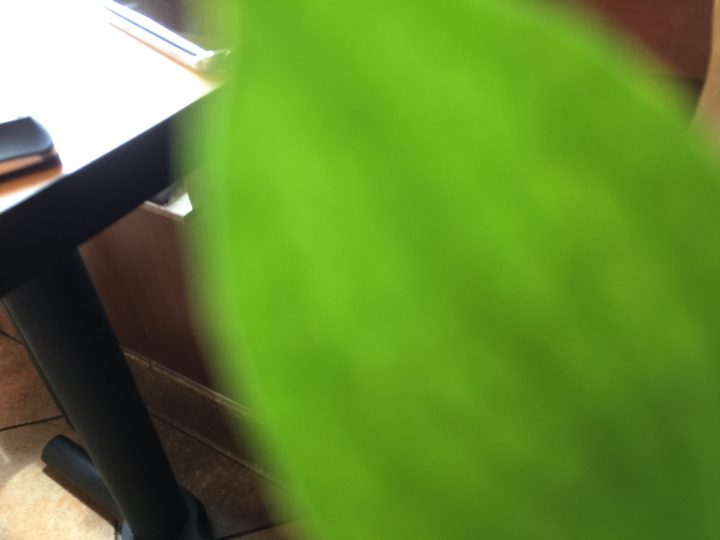 I took this show with my iPhone 6 Plus only centimeters from the leaf. The lens can’t focus on the leaf even though I tapped on it repeatedly.

Add a macro lens and the shot changes, even though I took it from the same distance from the leaf. See the result below. 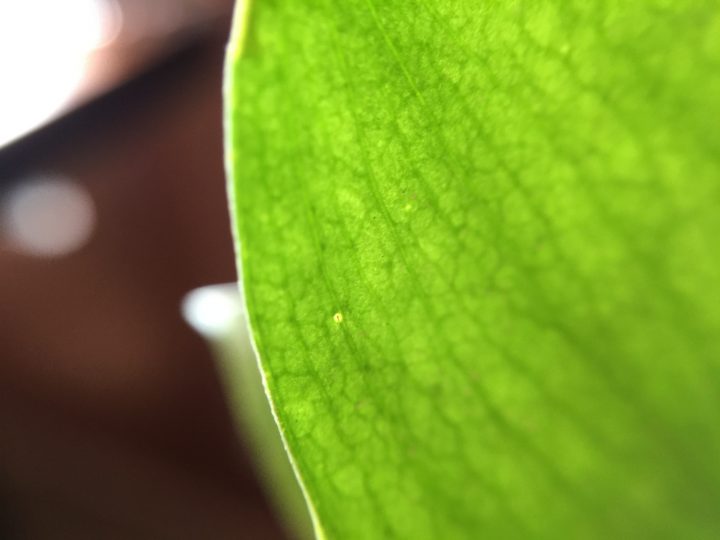 This shot shows incredible detail thanks to the ZTYLUS macro lens.

I didn’t use a tripod, which made it very hard to get the shot in focus, but this still shows what the ZTYLUS macro lens can do.

Here are a few more shots with the macro-lens attached.

Remember that the Macro lens only works with the iPhone within centimeters of the subject. Here’s what a shot looks like with the lens on but held away from the subject at a normal level. 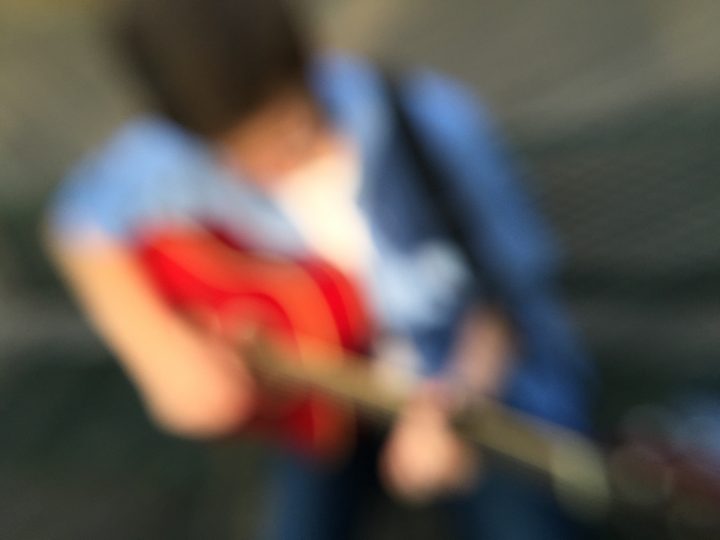 Keep the phone close to your subject or it will end up looking like this.

The fish-eye lens creates an extremely distorted wide-angle with a rounded look. See the image below taken using the ZTYLUS Revolver 4-in-1 Attachment set to the Fish-eye lens on an iPhone 6 Plus. 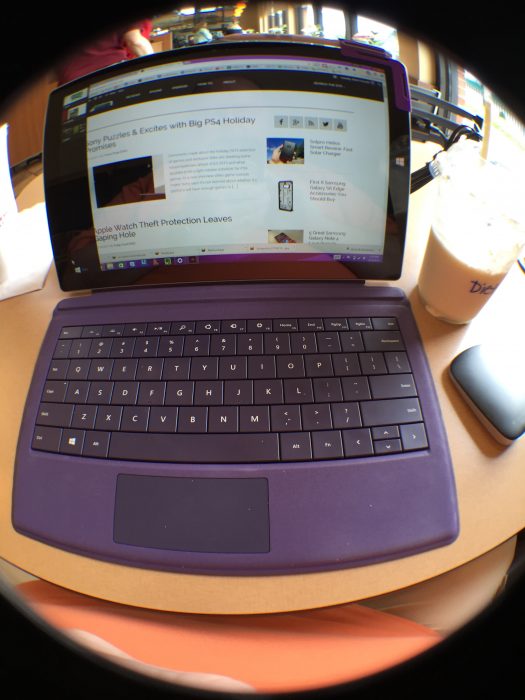 The shot below shows the same view without the Fish-eye lens over the iPhone 6 Plus lens. This gives an idea of what the lens looks like. 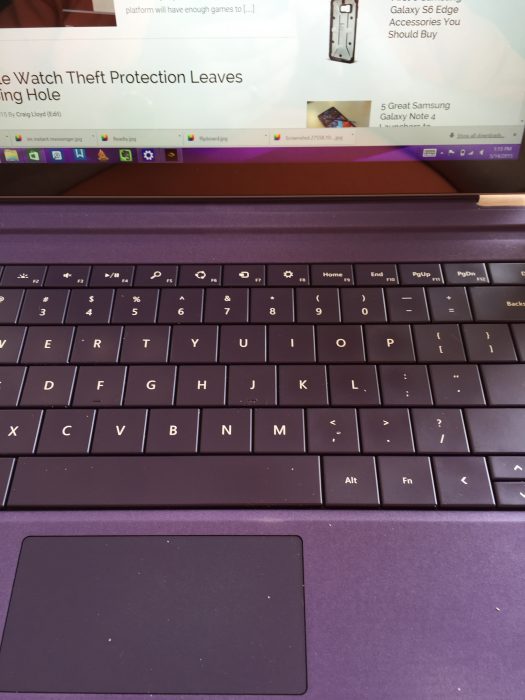 A shot without the fish-eye lens attached.

Here’s an example of the kind of way someone might use the Fish-eye lens to get an interesting and creative outdoor shot. 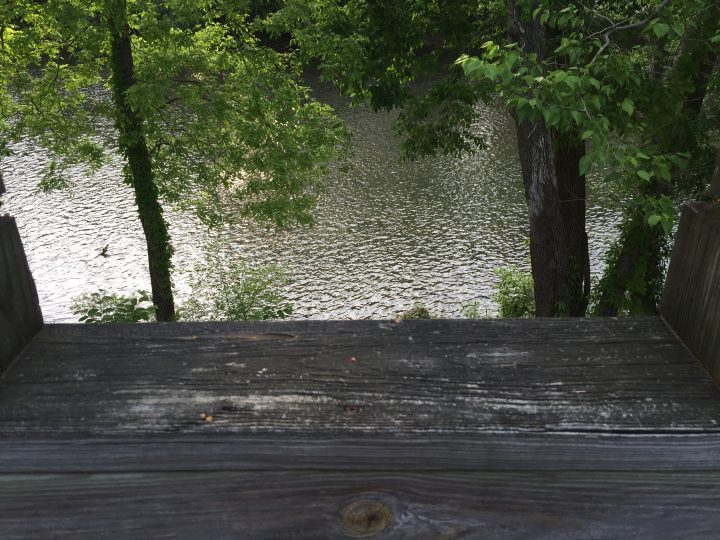 This shot doesn’t use the fish-eye lens and looks pretty ordinary or uninteresting.

Compare the above boring shot of the river to this shot below using the ZTYLUS Fish-eye lens. 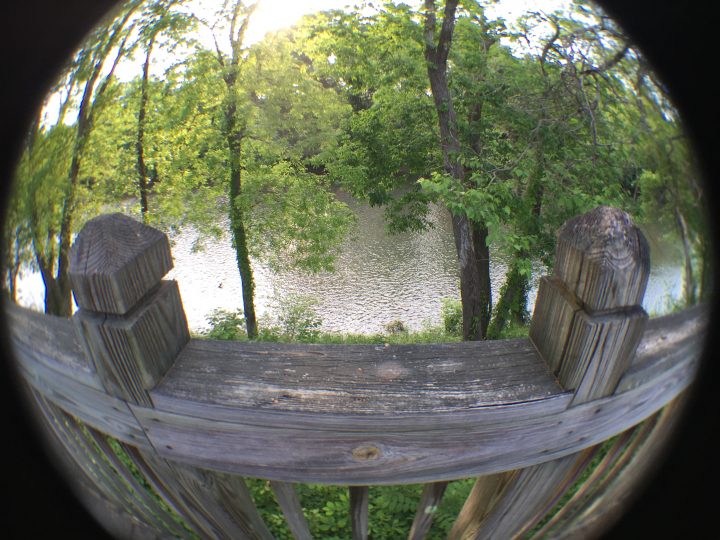 The fish-eye lens not only shows more of the scene thanks to the extremely wide-angle, but it also gives it an interesting curve look that makes the shot more appealing.

The gallery below shows a few more samples taken with the Fish-eye lens over the iPhone camera. 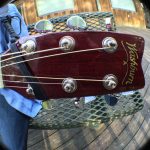 The fish-eye lens not only shows more of the scene thanks to the extremely wide lens, but it also gives it an interesting curve look that makes the shot more appealing.

I used the fisheye lens and shot a panorama shot on the iPhone 6 Plus.

A circular polarizer lens (CPL) works like sun glasses for the camera lens. It results in more dramatic colors. The sky in the two shots below show how the ZTYLUS CPL lens enhances the blue and green in these images. 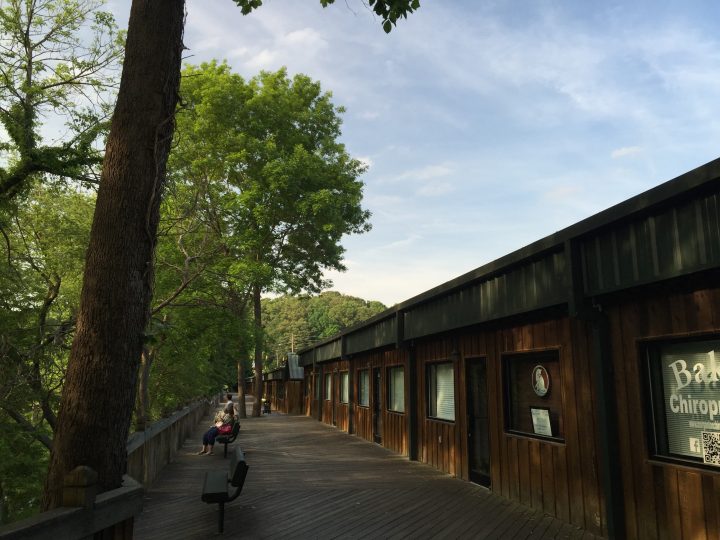 The CPL lens makes the image look at little in the shadows. A good photo editor might fix this. Even better, use the HDR feature on the iPhone 6 Plus camera. 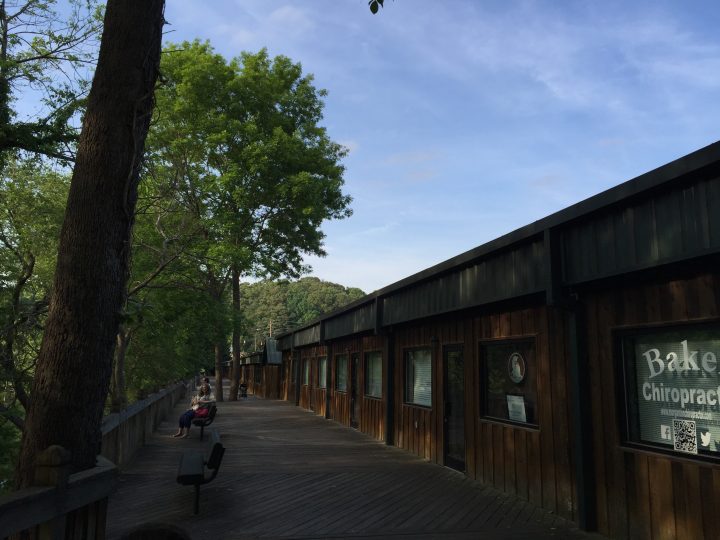 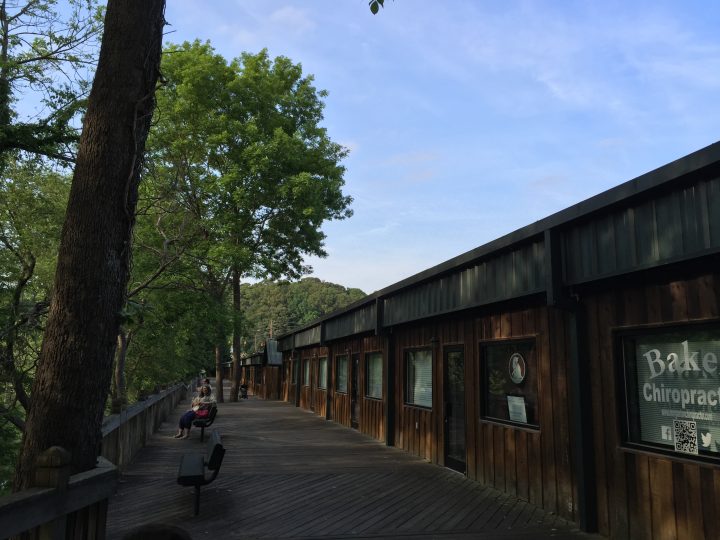 Here are a couple more shots taken with the CPL lens over the iPhone 6 Plus camera lens. The green of the leaves doesn’t look as rich without the lens in the shot below. 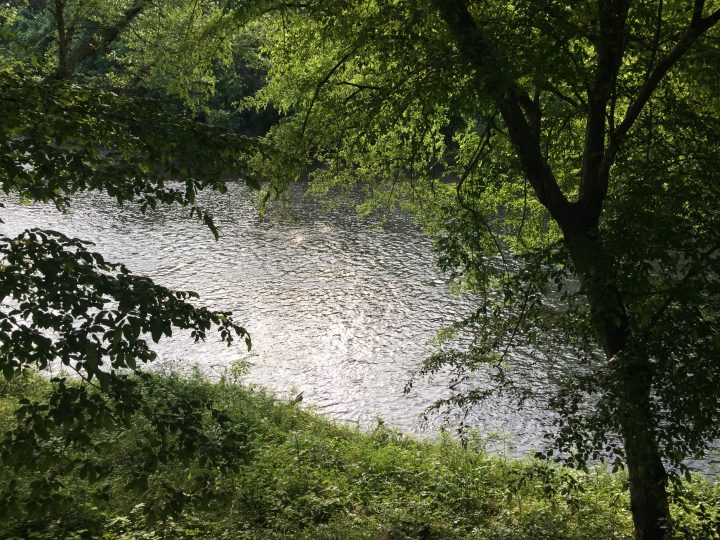 The river and trees look flatter and less vibrant without the CPL lens.

Compare the color of the river with the lens below and without it above. The blue of the water comes out more. 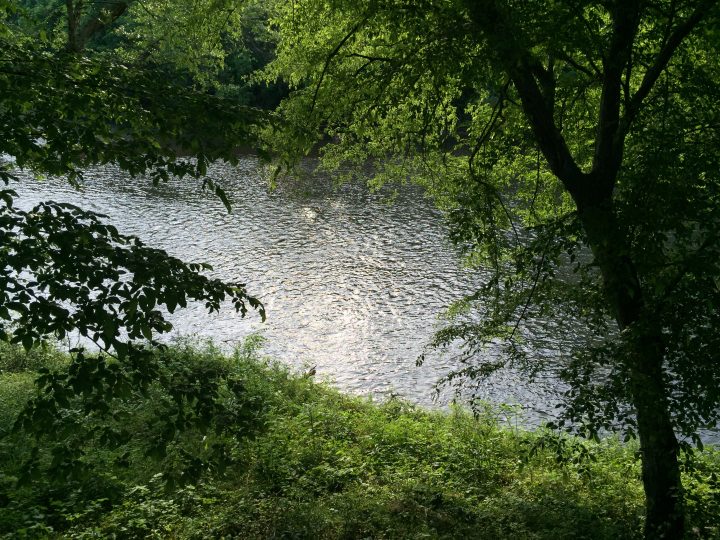 The colors pop more with the ZTYLUS CPL lens in this shot of the river and trees.

I didn’t shoot it in HDR, so the shadows need some exposure correction in a decent photo editing app like Google’s Snapseed editor.

The ZTYLUS LED Ring Light attachment brings something other iPhone lens systems don’t. The iPhone comes with a built-in flash, but flash photography can present challenges. Flashes will often cast bright spots on a face or reflective surfaces. They also cause red-eye that forces photographers to do another step in the editing process. 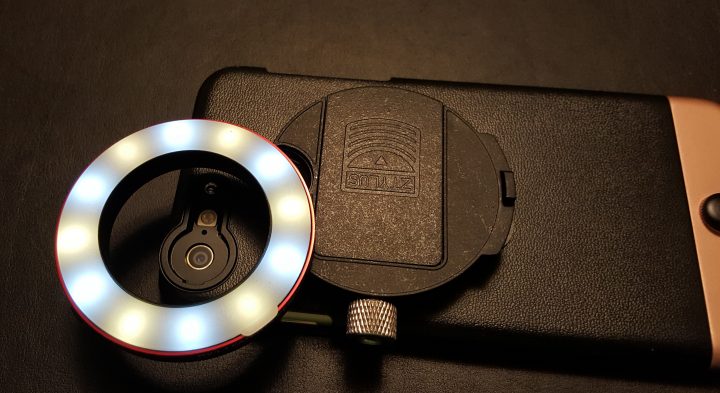 A right light puts a ring of lights around the lens. It stays on and doesn’t shock the user or cause the subject to blink, nor does it cause red-eye.

The ZTYLUS LED Ring Light comes with three diffusers. These cover the LED lights and soften the harsh light to make it shine evenly over the subject. The packages includes three diffusers: a warm white 3000-3500k, neutral white 4000-4700k and cool white 5000-6000k. 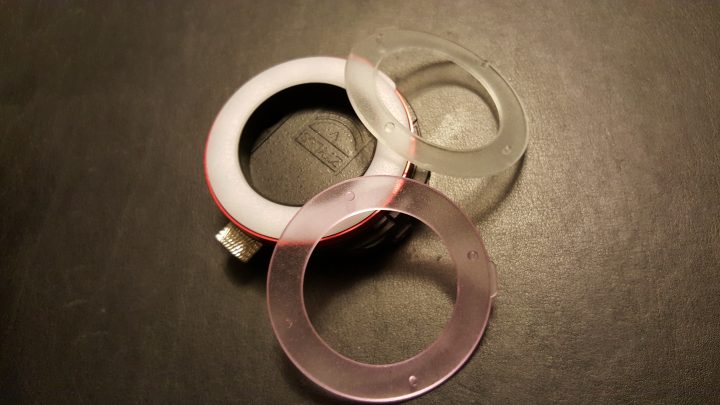 The three different diffuser attachments cover the LEDs and affect the light temperature. They also soften the harsh light to evenly distribute the light over the subject.

The LEDs come in two colors as well. Cool white LEDs and warmer yellow LEDs. This changes the color of the shot, making it easier to overcome difficult lighting situations. 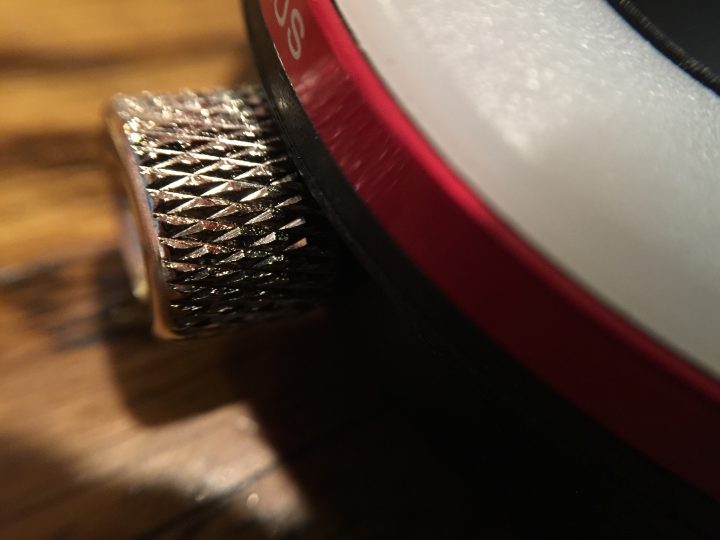 Each set of LEDs has its own dial that raises or lowers the light’s intensity. There’s also an on/off button. Turn it off to save battery life. The attachment uses three AAA batteries. The attachment includes a threaded tripod attachment to give users steady shots while using the attachment.

A backlit shot like this usually results in a dark face. With the ZTYLUS LED Ring Light, I can still take a picture see my wife’s face.

I took this shot of my son without any lights turned on using the ZTYLUS LED Ring Light attached.

Taken with ZTYLUS LED Ring light with no diffuser attached.

Taken with ZTYLUS LED Ring light turned on and both cool and warm LEDs up full.

Each ZTYLUS attachment comes with a lint-free carrying bag. One attachment fits in one bag, but if a buyer gets both attachments they can’t put both in a single bag. That’s a little annoying since I’d prefer to carry around just one bag. The draw strings won’t stay closed either. I’m replacing them with something better. 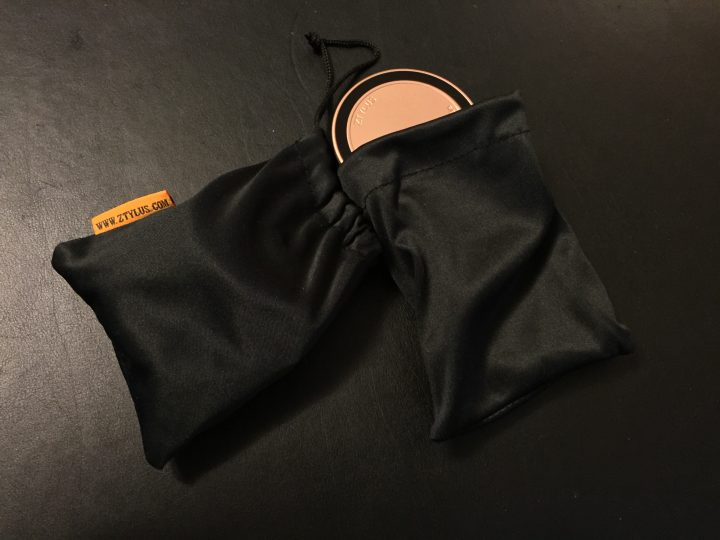 At $149.95 for the kit, this isn’t a good option for the average iPhone photographer. However, people who love to take photos and find the iPhone 6 Plus camera a bit limiting, should consider the set.

The set includes the excellent case and the Revolver 4-in-1 attachment. To get the right light add another $69.95 for a total of just under $220. That’s a pricey option. However, the case and the attachments makes taking awesome shots easier for serious iPhone 6 Plus photographers.

To buy them individually, get the [amazon_link id=”B00P6ZN880″ target=”_blank” ]ZTYLUS Metal Series Case for iPhone 6 Plus in black[/amazon_link] for just $41. The Revolver 4-in-1 attachment costs $69.95 and the LED Ring Light costs $59.95. For other versions, including different color cases or the iPhone 6 case, see ZTYLUS’s website.

They make a case for the iPhone 6 as well. ZTYLUS gave us one to give away. Follow @GottaBeMobile and @kapurcell and send me a Tweet with your favorite iPhone 6 photo and the #ZTYLUS hash tag and I’ll pick the best one and send you the case and the 4-in-1 Revolver. The giveaway only fits the iPhone 6, not the iPhone 6 Plus.