OMGPOP, the studio behind the hit Draw Something game, is now a Zynga company.

The New York City-based developer will join Newtoy (creators of Word With Friends) in the club of app developers with hit games that Zynga bought.

According to All Things D, Zynga purchased OMGPOP for around $200 million. First-hand sources say the exact payout was $180 million for the company, and about $30 million for employee retention.

To put that into perspective, Zynga bought Newtoy two years ago for $53 million. 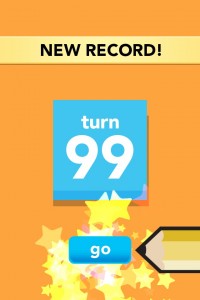 Draw Something has been on the top of the iOS App Store’s Top Paid and Top Free charts for weeks. It’s also at the top of the Top Grossing Apps chart, with the company allegedly making around $250,000 everyday after Apple takes a 30 percent cut. That’s a lot of extra bombs and colors.

With the purchase, Zynga will own one more game at the top of the Facebook apps usage charts. Strangely, the app is one of the top Facebook apps without being on Facebook, users simply use their Facebook credentials to log into the mobile apps.

Miraculously, Draw Something is the one app that turned OMGPOP around. Before the app became a hit on iOS and Android, the studio was looking into raising money to stay alive. Now there’s no fear of that.

For users the acquisition should hopefully only mean the Draw Something app icon gets a new Zynga logo in the corner. There weren’t many changes to Words With Friends after Newtoy became Zynga With Friends, at least there were no changes that seemed out of place.

We hope the OMGPOP acquisition is treated the same way.