In early June, Bethesda hosted its first major E3 2015 press event. The company’s presser played host to several big announcements including new details about Dishonored 2, Doom, and of course the company’s brand new Fallout 4 for PS4, Xbox One and PC.

Fallout 4 was first announced through the release of a teaser trailer though Bethesda confirmed a number of specific details on stage during its E3 conference. Thanks to the big announcements we know where the game will be taking place, how we’ll customize our Vault Dweller, and when Fallout 4 will be released. The Fallout 4 release date is confirmed for November 10th and there’s tons of excitement in the air for the company’s next big Fallout game. 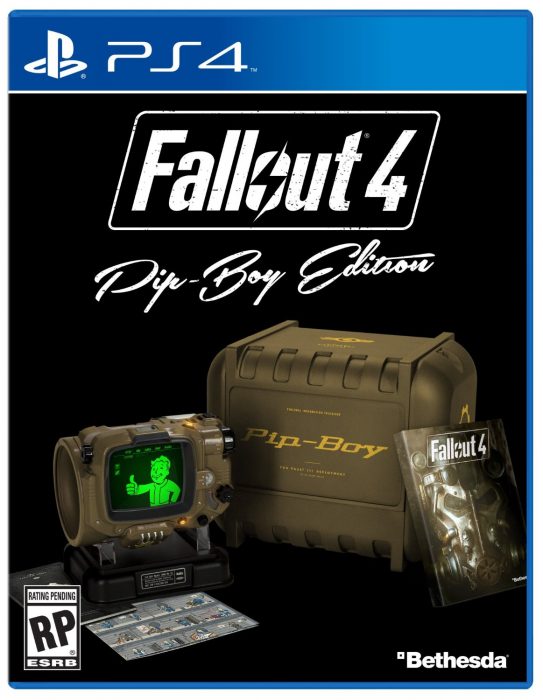 In the weeks since the announcement, we’ve seen the game generate a ton of attention thanks to its unique collectors edition. The Fallout 4 Pip Boy Edition is a $120 special version of the game that allows buyers to get their hands on a real-life Pip Boy, a navigational tool that The Vault Dweller uses in the Fallout series.

Fallout 4 Pip Boy Edition has proven to be a commodity in the buildup to the Fallout 4 release and today we want to take a look at the most important things you need to know about it ahead of its highly anticipated release. This will catch you up to speed if you haven’t been paying attention and it will remind you about some of the key details if you have.