The impressive new LG G4 was beautifully designed with handmade premium leather on back, but not all buyers will get the leather option, not to mention many will still want to protect the phone with a case. LG announced six leather versions but US carriers only have one color, and some plastic models, so many buyers will be needing a case. Here’s a list of some great cases now that the LG G4 is hitting carriers around the globe.

The 11 LG G4 cases we’ve outlined below will protect the LG G4 from drops and damage thanks to the durable construction, but also deliver features like a kickstand, wallet, additional battery life, fancy features like the Folio Flip Case, and clear cases so G4 owners can still see the good looking leather design. Many won’t work with the leather G4, so keep that in mind while shopping for a case.

During the first week of the the LG G4 was released on all five major carriers in the United States. It hit T-Mobile yesterday, June 3rd, and by the end of the week will be available in stores from Verizon, AT&T, Sprint and US Cellular. If you pre-ordered or are getting the G4, here’s some cases to consider. 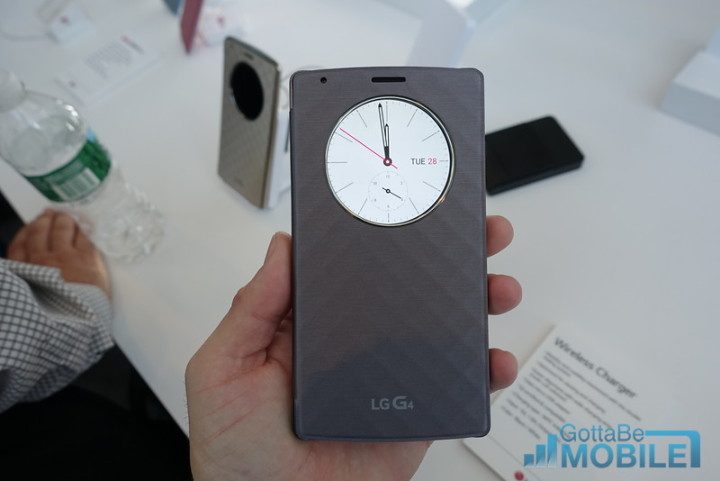 The LG G4 was announced in three plastic colors, and six all-new genuine leather handmade leather versions as well. However, carriers in the United States all appear to have one or two plastic colors (silver or white) with no sightings of the gold version, and one leather back variant.

LG’s leather has a better design that others on the market, like the Moto X, which should be more durable and handle the elements or daily wear and tear, but getting a case is still a good idea. Be careful though, as many cases claim they won’t fit the G4 in leather, although they probably will. The Titanium silver plastic model is very slippery and you’ll want a case, or get the Ceramic White version from Verizon which has a slightly more textured feel.

Read: LG G4 Camera: Everything You Need to Know

That all said, the phone is now available, and at the same time most of the popular case manufacturers have released at least a few options for the G4. We’re expecting more cases to be available in the coming weeks, but there’s more than enough choices already.

Here’s a roundup of some of the best cases for the LG G4 you can buy right now, or will be available in the next few weeks now that all five major US carriers have the phone for sale in stores.