We continue our look at Bethesda’s Fallout 4 DLC with a look at the Fallout 4 Vault-Tec Workshop DLC for PS4, Xbox One and PC.

Bethesda was extremely busy at E3 2016. While Fallout 4 wasn’t the focus of the event this year, the company still managed to make some key announcements.

On stage, the company confirmed new Fallout 4 DLC for PlayStation 4, Xbox One and PS4. Three new add-ons are confirmed for 2016. The first, Contraptions Workshop, arrived on June 21st for all three platforms.

The fifth Fallout 4 DLC release, second of the final batch, is a brand new Workshop DLC. Vault-Tec Workshop is an extremely interesting expansion, particularly if you like Fallout’s vaults. 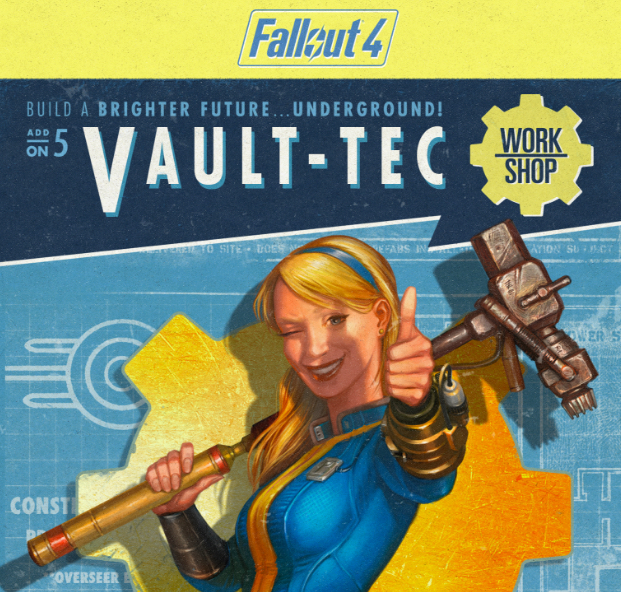 Now that the Vault-Tec Workshop release date has come and gone, we want to fill you in on the the most important things you should know about Bethesda’s fifth piece of Fallout 4 DLC.

We will continue to update this with new details as they become available so check back for regular updates.