The 2014 Emmys live stream starts as early as 5:55 PM eastern when you can watch the 2014 Emmy live stream from the red carpet before the award show kicks off and we roll right through the awards into the after party.

The 66th Emmy Awards start at 8PM Eastern in the Nokia Theater with host Seth Meyers and a special Robin Williams Tribute from Billy Crystal.

This year the Emmy promise a night of big names, big awards and exciting announcements as we see a long list of astounding nominees.

If you are looking for a 2014 Emmys live stream we found plenty of places you can watch the 66th Emmys live from the red carpet and there are options to watch behind the scenes live, but you won’t able to see the full show unless you tune in to a TV. 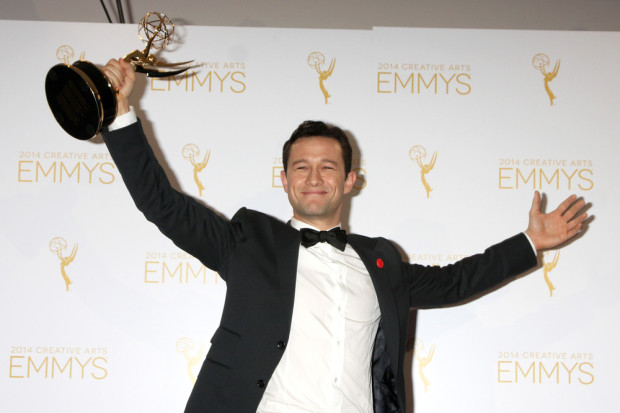 Everything you need to know to watch the Emmy live stream from the red carpet to the after party. Helga Esteb / Shutterstock.com

So far it looks like NBC will not offer an official 2014 Emmys live stream of the actual show, but you can tune in to the extravaganza before you watch on TV.

The 2014 Emmys start at 8PM Eastern / 5PM Pacific, but the red carpet starts much sooner than that. To watch on TV you’ll need to tune in to your NBC station for the full show.

The official 2014 Emmy live stream is a Emmys BackStage live video available on the web for free. This delivers back stag access to the winners to hear their reactions and thoughts. You can follow this link to see the official backstage Emmys live stream.

Starting at 5:55PM Eastern E! delivers a Live From the Red Carpet Emmy live stream that will deliver interviews with the stars, commentary and predictions.

Another red carpet 2014 Emmy live stream is available from Yahoo, shown below. You can click play to start watching as soon as the event starts.

After the 66th Emmy wrap up you can follow the stars to the after party thanks to E!, who gain will offer a live post show after party wrap up.

While the rest of the big award shows offer live video and dedicated apps, you won’t find an official Emmy app on iTunes or Google Play.

It’s not clear why the organization snubs apps but that could change in the near future. According to the NY Times, the Emmy are starting to become a big hit, that will result in big social media campaigns this year.

Expect to see big things from L’Oreal Paris and Audi during the 2014 Emmy live show on TV, which should spill over to social media on Facebook and Twitter.

Bryan Cranston and Aaron Paul of Breaking Bad fame team up for a Emmy promo with Julia Louis-Dreyfus, who is trying to pawn her Emmy Award from Seinfeld with hilarious results.

This year the 2014 Emmy nominee list is full of big names and hot shows that are stealing attention away from the box office every night of the week.

The New Yorker offers a list of the 2014 Emmy nominees and there are even more details from the NBC Emmy page. You can also watch the videos below for a sneak peak at the nominees and clips you may see during the 2014 Emmy awards.

If you miss the hottest moments be sure to check out the Emmy YouTube channel later tonight or tomorrow to see the best moments.