The MTV VMA live stream begins later today at 3pm ET. Here’s how to watch all of the action on your computer or mobile device.

Once a year, MTV hosts one of the biggest nights for the music industry, not only celebrating music in general, but also celebrating the accompanying music videos that MTV has been so well known for.

Miley Cyrus will be hosting the 2015 MTV VMAs, but unlike last year, the young singer doesn’t have any music video nominations this time around. However, Miley is still going strong after winning last year’s Video of the Year award for her hit single “Wrecking Ball,” so she should feel right at home hosting the VMAs this year.

This year’s nominees include some of the biggest artists on the planet, with a five-way battle for the Video of the Year, consisting of Beyonce, Ed Sheeran, Taylor Swift, Mark Ronson, and Kendrick Lamar.

Taylor Swift should have a great night, as she’s nominated for eight different categories, including Video of the Year, Best Female Video, and Best Collaboration with Kendrick Lamar for her song “Bad Blood.” Ed Sheeran is also nominated for quite a few categories, including Video if the Year and Best Male Video. Both him and Taylor Swift have been dominating the music landscape over the past year.

In any case, if you’re interested in watching the VMAs and catching all of the action, but won’t be able to get near a television tonight, here’s how to watch the 2015 MTV VMA live stream.

The VMAs officially begin at 9pm ET on MTV, but if you don’t have cable or won’t be able to watch it on a television, there are luckily other options, which are perhaps even better than watching it on the tube.

You can catch the live stream on your computer right here, and it starts at 3pm ET, so it’s likely you’ll be able to catch some behind the scenes footage, as well as red carpet entrances and interviews with various artists before the awards show actually starts. 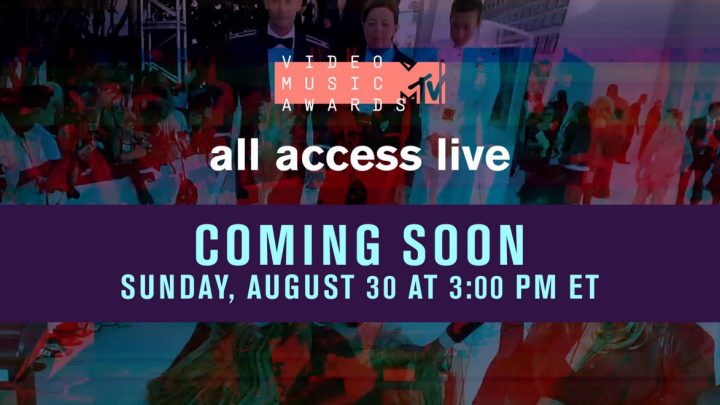 Aside from watching the VMAs live on your mobile device, you’ll be able to choose from multiple camera angles throughout the show, providing you with an interesting look that traditional TV viewers won’t be able to see.

Mobile viewers will also be able to catch hours of behind the scenes footage and red carpet entrances. You can even beam the live stream from your iPhone to your Apple TV over AirPlay to your television, or use Chromecast if you’re on Android or iOS. This is a great option if you don’t have cable, but want to watch the awards show on the big screen.

Below you can check out the some of the best music videos that are nominated for this year’s MTV VMAs, and be sure to check out last year’s best music videos if you want a blast from the past. Otherwise, tune in starting at 3pm ET later today in order to catch all of the action leading up to the awards show that starts at 9pm ET.