At this point it’s pretty clear that Google has plans to release not one, but two Nexus smartphones here in 2015. Rumors suggest Google will release devices in sizes similar to the Galaxy S6 and Note 5, or the iPhone 6 and the iPhone 6 Plus. Basically giving buyers more choices, and this week more details emerged about the smaller 2015 Nexus 5.

For months on end we’ve been hearing small reports and rumors that Google has a Nexus phone in the works, and they’ve been back and forth regarding what to expect. The 2015 Nexus 5 will be made by LG, and a bigger 5.7-inch aluminum and “premium” Nexus 6 will reportedly be made by Huawei.

Last week posted to the Google+ Nexus community were photos that are allegedly the new 2015 Nexus 5. This photo very closely matches the renders from earlier this month, rumors we’ve heard in the recent past, and even some cases that have been floating around. And now we have more information about the hardware inside the phone, and a few other small details. 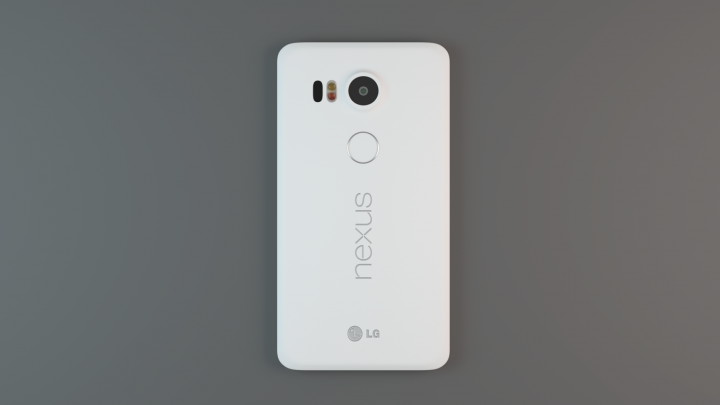 Fan-made Nexus 5 render based on leaks

The image above is a fan-made render based off all the leaks we’ve seen thus far, made by Edward O’Connell.

After countless rumors, leaks, cases, and even renders and actual photos of the Nexus 5 for 2015 have arrived, we’re finally getting more information about the specs or features. This week a leaked spec sheet found by GforGames claims something different than all earlier reports. It looks like the 5.2-inch LG Nexus 5 will be pretty similar to the LG G4, but with some small changes, new features, and a touch of Google’s Nexus branding.

Leaks have been all over the map regarding what to expect. From 8-core processors, to 6-core processors and 16 megapixel cameras, a huge battery and more. However, nothing is official until we actually see the device, or Google and LG confirm the details themselves. That said, here’s the latest leak. 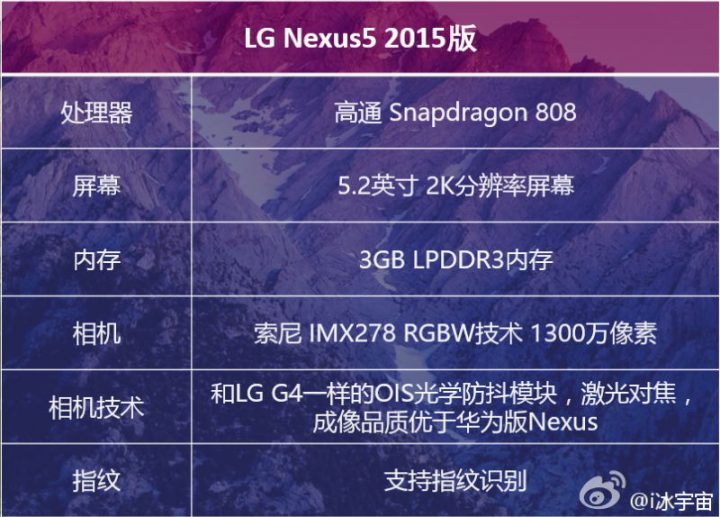 Shown above is reportedly a spec sheet and additional details about LG’s Nexus 5 for 2015, the same manufacturer who made the Nexus 4 in 2012, and the Nexus 5 from 2014.

According to this Google will be using a powerful 6-core processor for the Nexus 5, not a budget 8-core chip, or something else to keep the cost down. This is good news. Here’s what we think we know based on leaks.

Now the photo released doesn’t go over everything mentioned above, and instead just the basics of the screen, processor, and camera. However, these differ from all previous rumors. Last we heard it would be a 5.2-inch 1080p screen, not a Quad-HD panel, and it would be a different 8-core Snapdragon 620 processor. I guess we’ll have to wait and see.

What we do know though is that Google has big plans with both a Nexus 5 and Nexus 6 in 2015 running Android 6.0 Marshmallow. They’ll both have fingerprint scanners for improved security and support for Android Pay, dual front-facing speakers, and reportedly the Nexus 5 will be priced under $400, while Google aims to keep the Nexus 6 under $500. At least the entry level 32GB options.

Again, for now these are all based on leaks or rumors, but with so many starting to surface with similar details, most of the information should be accurate. Add in the fact that Android 6.0 Marshmallow is set to be released before the end of September, and it will debut on new Nexus smartphones, these designs are likely final. Expect further information, leaks, and photos in the near future.