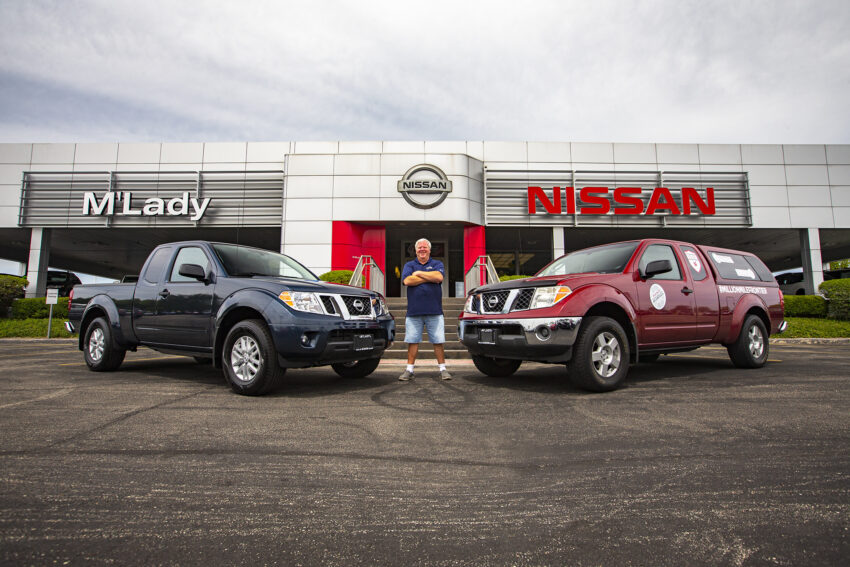 Trading a million mile Frontier for the 2020 Nissan Frontier.

The 2020 Nissan Frontier is a tempting small pickup truck with a starting price of $26,790, and when Nissan introduced it in February they celebrated a million mile Frontier owned by Brian Murphy.

Murphy put over a million miles on his 2007 Nissan Frontier, and in celebration of this achievement, Nissan presented him with a new 2020 Frontier.

As an independent delivery driver, Murphy put miles on his Frontier through many 13 hour days.

The 2020 Frontier features an all-new 3.8L engine and a new 9-speed transmission. The overall style and in-car tech aren’t changed much with the 2020 model year, but we still found a lot to love in our 2020 Nissan Frontier review.

“Brian Murphy is the quintessential Frontier owner, so it’s fitting that he will be driving one of the first 2020 Frontier pickups in America,” said Craig Keeys, regional vice president, Nissan Midwest Region, Nissan North America. “Thank you, Brian, for illustrating the durability and reliability of the Frontier for more than 13 years and one million miles.”

Murphy’s Frontier is heading back to Smyrna, Tennessee where the Frontier is assembled. His original clutch lasted to 800,001 miles, and he replaced the timing chain at 700,000 miles as a preventative measure. The radiator and alternator lasted around 450,000 miles and the driver seat held up for over half a million miles.

The 2020 Frontier that Murphy took delivery of isn’t likely going to hit a million miles under his watch, as he is hoping to reduce his hours on the road, but Murphy offers some hope, telling Nissan, “I’d never say never – especially in a Frontier.”

An all-new Frontier is in the works that will use the same engine and transmission but likely come with a new design and upgraded technology.