Last week, Google started rolling out Android 4.4.1 KitKat to its Nexus devices including the Nexus 5, Nexus 4, Nexus 7 and the Nexus 10. In the past few days, hours even, we’ve seen some new developments emerge and here, we take a look at new details surrounding Android 4.4.1 and Google’s latest surprise update, Android 4.4.2 KitKat.

In September, Google announced Android 4.4 KitKat, an update that would replace Android 4.3 Jelly Bean as the company’s flagship software and software that would arrive with new features for Android users and beyond. The update was unveiled at the end of October alongside the Nexus 5 and since then, we have seen the update take the Android world by storm.

Towards the end of November, we saw the update start rolling out for not only Google’s Nexus devices but also for Motorola’s Moto X, signaling the start of a massive upgrade across Android devices. We haven’t seen Android 4.4 start spreading like wild fire just yet, but thanks to confirmations and rumors, we should start seeing a number of big time upgrades take place in the next few months. Exactly which version of software devices will be getting remains to be seen, however.

Android 4.4 KitKat isn’t the only piece of new software from Google though. Last week, we saw the company release its brand new Android 4.4 KitKat update in Android 4.4.1 KitKat, an update that has started rolling out to Nexus 4, Nexus 5, Nexus 7 and Nexus 10 users around the globe. The update, which was announced virtually out of the blue, brings big improvements to the Nexus 5’s camera. Google focused on such in its announcement.

Since then, we’ve seen a number of developments in regard to Android 4.4.and here, we catch Nexus owners and other owners up on the latest details regarding Google’s new Android software.

He did not say when the update would roll out. We took a look at our site analytics and determined that Android 4.4.2 KitKat activity had increased in recent days and that the software appeared to be on board Nexus 4, Nexus 5, and Nexus 7 devices. These listings can be spoofed so we couldn’t offer it as definitive proof only as fuel for the rumor.

Just a short time ago, we learned that the Android 4.4.2 KitKat update was indeed real and that it had started rolling out to the Nexus 4, Nexus 7 and Nexus 5, at the very least, today. 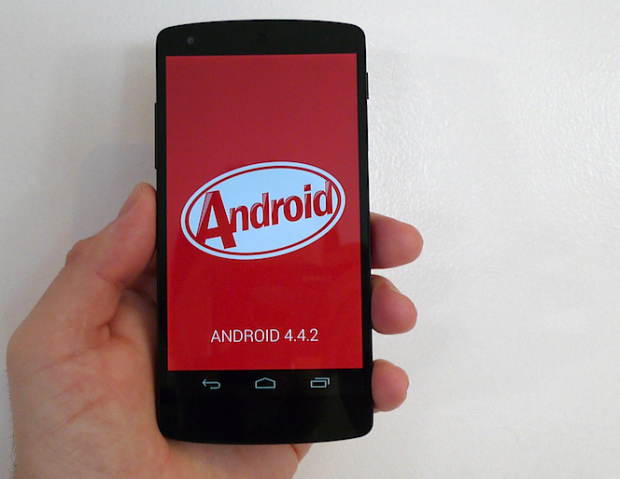 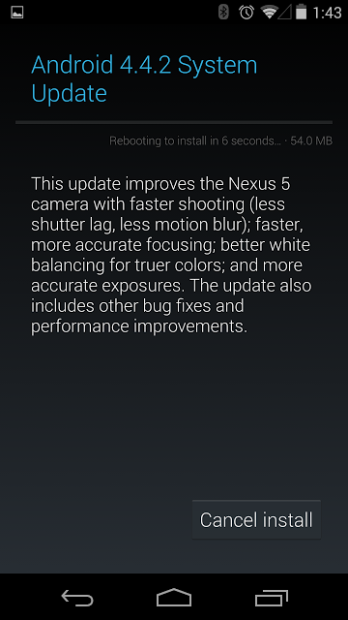 What we do know is that Android 4.4.2 KitKat OTA roll out is going to be random and will take some time. Users who still haven’t seen the update are encouraged to check manually in the device’s settings but should avoid using a Google Framework Services trick to try and force the update. That trick has been proven to cause problems with the Google Play Store and should be avoided.

Google’s upgrade process tends to take around a week or so so those who still haven’t seen Android 4.4.2 KitKat, or Android 4.4.1 KitKat for that matter, should remain patient.

Those who consider themselves novice users or casual users should avoid this process as it can have untold effects on devices. However, those who are indeed familiar with sideloading and using the Android SDK can pull their appropriate file right now and install Android 4.4.2, presuming the device is on a stock Android 4.4.2 build.

Bugs have been a problem in Android 4.4 so users are likely interested in a change log for Android 4.4.1 and Android 4.4.2. A change log would detail the updates for Nexus 4, Nexus 7, Nexus 5 and Nexus 10 owners but unfortunately, we haven’t seen Google provide them. This means that users are on their own in discovering the issues on board these devices. 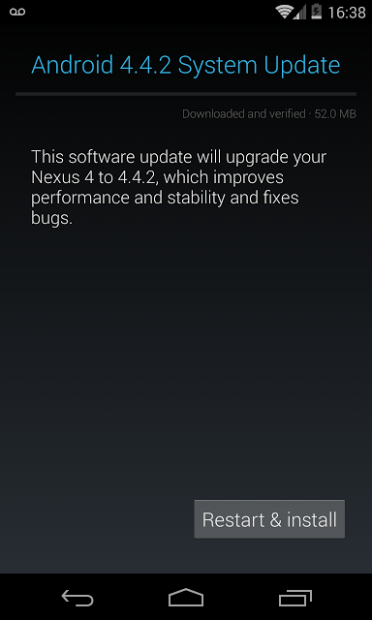 Here is what we have found on board Android 4.4.1, thus far:

These are the biggest changes that we’ve seen in Android 4.4.1 KitKat. The software likely has other fixes on board for Nexus users but to us, those stand as the biggest improvements on board.

As for Android 4.4.2, we expect it to have the same bug fixes and enhancements on board for Nexus 5, Nexus 4, Nexus 7 and Nexus 10. Sprint lists a Nexus 5 Android 4.4.2 KitKat update with the following changes for the Nexus 5: