Earlier today, an extensive specification list for a device rumored to be called LG Optimus G Nexus leaked to the surface, backing up several earlier rumors which stated that LG, at the very least, would be releasing a Nexus smartphone this year. However, if the specifications are the real deal, I already know that I’ll be passing on this smartphone.

Most of the LG Optimus Nexus’ specifications are fantastic, again, if they true. We have a 1280×768 True-HD IPS screen which I assume will be fairly big in size and on par with the massive display sizes that have been coming out on high-end Android smartphones. We have a quad-core processor which I have found to be useful on my Nexus 7. The operating system zips around and games run flawlessly. That’s also paired with 2GB of RAM.

It’s also said to have an 8MP camera which I can deal with and wireless charging which I am also extremely excited about and wish it was a feature that Apple included with the iPhone 5.

I won’t be buying the LG Optimus Nexus if the rumors are true.

LG’s Nexus is also said to be coming with Android 4.2 Jelly Bean, an incremental update, but one that I will likely have to wait months for on my Verizon Galaxy Nexus.

It will also likely come with all of the things that make a Nexus a Nexus. Quicker updates, vanilla Android, and an unlockable bootloader. And thus far, it doesn’t seem to have a carrier attached which means it will likely arrive off-contract and probably for a good price as well. All of those things, I like.

However, there are some things that I really don’t like and unfortunately, if these three features are included on this Nexus, I am not even going to hesitate on passing on it.

8GB and 16GB Versions Only

With a 32GB Nexus 7 seemingly looming on the horizon, my 16GB Nexus 7 is looking less and less attractive, Just like my 16GB iPad. 16GB just isn’t enough space for my apps, for my downloads or for my assorted other files. And that’s just on a tablet that I use occasionally when I’m at home.

On a smartphone, 16GB of storage is virtually impossible. And I can’t even imagine having 8GB on my smartphone. I’d fill that up on the first day. In fact, I’ve had my iPhone 5 for under a month and I’ve taken up nearly 15GB of the 32GB of storage already.

If these are really the only storage options on the LG Optimus Nexus, I’m absolutely going to be taking a pass and I think many, many others would too. 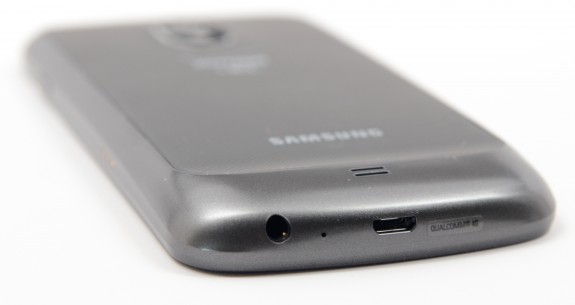 With 32GB of storage, not having a microSD card slot was tolerable.

I didn’t like that to begin with an having 8GB or 16GB of storage makes it even worse.

And finally, to the death knell. The LG Optimus Nexus is rumored to be coming without a removable battery which means that users won’t be able to exchange whatever battery they have in there for a larger one.

I would have returned my Galaxy Nexus on day one if I wasn’t able to switch out the regular battery for a larger battery to handle my usage and the poor battery life that’s attached to 4G LTE smartphones.

So unless LG decides to pack a massive battery inside its Nexus, and I’m not holding my breath, I’ll be passing because of this feature too.

My hope is, either these aren’t correct or there will be other Nexus devices out there that don’t offer this horrid combination of features. There are rumors of a Galaxy Nexus 2 and possibly Nexus devices by HTC and Sony as well, but if this Optimus Nexus is the only device, and it features these three, I’ll certainly be passing on the Nexus this year.