We’ve briefly touched upon a rumor recently that Microsoft may be giving a design reboot to Windows and Windows Phone, which could mean a move away from the Metro UI. The rumor has sparked some debate on the Internet and some are wondering if the Windows Phone platform, which had only debuted with the Metro UI since Windows Phone 7 a few years ago, is ready for a makeover. However, when Windows Phone 8 debuted, Microsoft had relaxed some of its design recommendations to app developers, and as a result we’re seeing inconsistent app designs. A refreshed UI and new guidelines would help to create a more consistent Windows Phone UI language, but the challenge here is that Microsoft would need to manage backwards compatibility while enforcing new visual aesthetics.

In the past month or so, I’ve been relying on the Nokia Lumia 928 on Verizon Wireless more as my daily driver, eschewing my trusty Samsung Galaxy S4 and Apple iPhone 5. As I use the Lumia 928 more, I actually realized that I do like the Metro UI language. When you open select apps–like Pandora and CNN–or Hubs, like the Office Hub, you’re greeted with what Microsoft had described as a panoramic UI.

For instance, when I launch the Office Hub, I am taken to a screen with a vertical column with a main “Places” headline that shows all the sources for where my documents could originate from, whether they’re locally stored on my phone or through my email, on the cloud through SkyDrive, or from my work through Office 365. When I look to the right, there’s a hint that there’s another column, and I can swipe from right to left to move to that next column. Rather than digging through menus or soft keys, everything is laid out and swipable, and that was the vision of the panoramic UI introduced with Windows Phone 7. 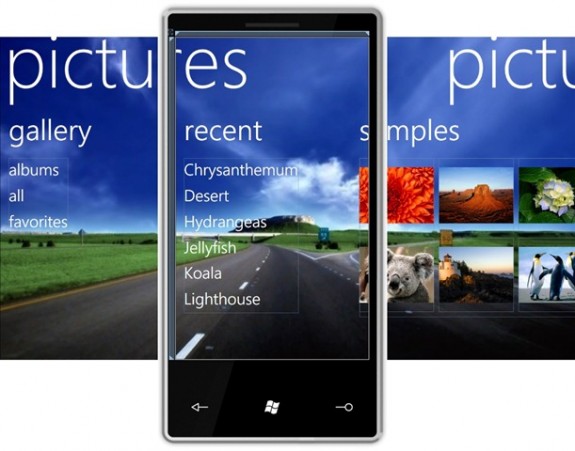 Panoramic UI for the Photos Hub shows the various screens you can swipe through.

On the CNN app, I am greeted with the top story, and I can swipe to see other news, like the latest news, viewing videos, or seeing other news sections. The panoramic UI appears, to me, to be an elegant solution.

However, with certain apps, the panoramic UI was replaced by a single vertical screen with more buttons. The recent Facebook reboot for Windows Phone was one such app, and Twitter espouses the Facebook design with a single vertical column, much like what you’d find on Android or iOS. LinkedIn, the third social network, uses the classic panoramic UI still. 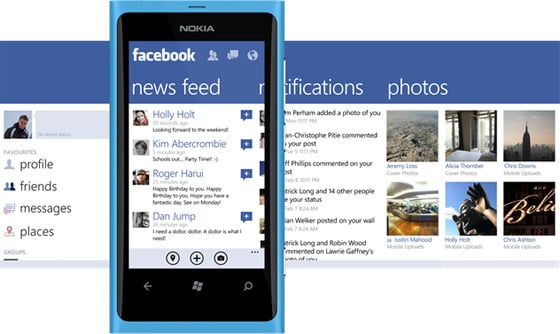 The old Facebook app for Windows Phone used the panoramic UI. Separate, panes were available to show various major elements of the Facebook service, including news feeds, notifications, poasts, and photos. Users could swipe across each pane to go through these categories. That UI has since been replaced.

The two different methods to approaching app design seems to be conflicting, and Microsoft should do better to bring design consistencies to app design. 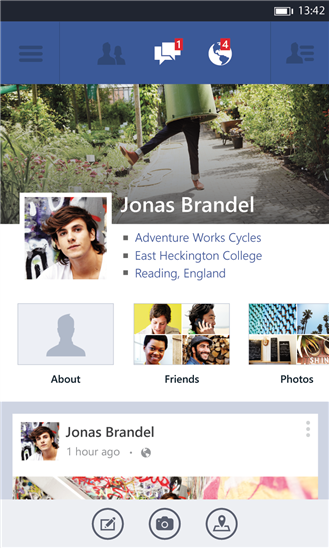 Microsoft had candidly admitted that it ran out of time when Windows Phone 8 debuted to bring a notifications center to the platform late last year. Since then, we haven’t heard much surrounding notifications, but it’s likely going to come to the next major refresh of the platform.

Right now, the main UI of Windows Phone surrounds two screens. You have the Live Tiles screen, which essentially are widgets that deliver live updates. The second screen, where you’ll swipe from right to left, is your Apps screen, which displays all apps in alphabetical order.

One way to add notifications is to create a third screen for notifications, but this may feel like a feature that was added as an after thought into the OS, rather than baked into the operating system at the start. The third screen could be designed, if Microsoft kept its current design language, as a panoramic UI that spans the three screens, so you’ll have Live Tiles, Apps, and Notifications.

Another option would be to integrate notifications more tightly, which may require a design reboot.

We’re not sure still how accurate the design reboot rumors are still, but there are still other features, besides Notifications, that would need to be added in the future, and keeping everything consistent from a design perspective would help to create a better experience for the platform.

While offering developers flexibility for the platform may be helpful in the short term to court developers to creating new apps, in the long-term, Microsoft runs the risk of a disorganized and confusing user experience. The case of confusing consumers is apparent on the BlackBerry 10 platform. When I recently played with a BlackBerry Q10 smartphone on AT&T’s network, I found the disjointed user experience to be annoying and disruptive to what I was doing.

In an effort to expand its catalog of apps for BlackBerry 10, BlackBerry decided to allow Android apps to be simply repackaged as run in an emulator inside the OS. Those apps, like the instant messaging program IM+, are more difficult to use and certain things didn’t work as expected. While users can quickly learn how to navigate a repackaged Android app for BlackBerry 10, the experience is far from optimal and Microsoft risks running down this foul path if it continues to relax design guidelines for Windows Phone.